An Arizona couple allegedly abandoned their toddler to play Pokémon Go, according to police.

The couple, Brent Daley, 27, and Brianna Daley, 25, of San Tan Valley, Ariz., were charged with child neglect and child endangerment after allegedly leaving their 2-year-old child alone for more than 90 minutes last Thursday night to play the popular mobile-phone game, the Pinal County Sheriff’s Office said in a statement, according to PEOPLE.

Police said a neighbor discovered the child at 10:30 p.m., who said the infant was barefoot, alone and wearing a diaper and a T-shirt. After police found the child “red-faced, sweaty and dirty,” according to the statement, authorities called Brent, who replied, “Whatever,” and hung up on the deputies.

The Daleys told police they left the child at home to get gasoline, but instead of returning, they decided to play the Pokémon Go game, which allows users to physically travel to catch virtual Pokémon creatures.

Arizona’s department of child services has taken custody of the Daleys’ son, the statement said.

Brent and Brianna have been released from police custody on bail, police said, although it is unclear whether they entered a plea deal or retained an attorney

“We never would have imagined that parents would abandon a child to play Pokémon Go,” Sheriff Paul Babeu said in the statement. “This goes beyond comprehension.” 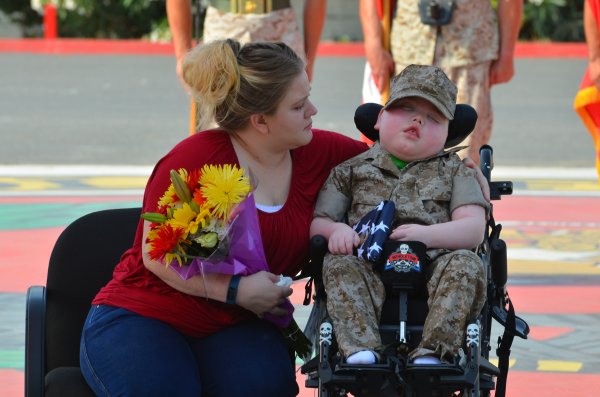