Will Smith Doesn’t Understand How People Can Support Donald Trump

Will Smith is definitely not a fan of Donald Trump. During a recent interview with news.com.au, he expressed his outrage over the way the Republican nominee talks about women, specifically denouncing an incident during a GOP presidential debate when Trump called Rosie O’Donnell a “fat pig.”

“For a man to be able to publicly refer to a woman as a fat pig, that makes me teary,” Smith said. “And for people to applaud, that is absolutely f—king insanity to me. My grandmother would have smacked my teeth out of my head if I had referred to a woman as a fat pig. And I cannot understand how people can clap for that. It’s absolutely collective insanity. If one of my sons — I am getting furious just thinking about it — if one of my sons said that in a public place, they couldn’t even live in my house anymore.”

The Suicide Squad star went on to say that he believes this view on women will prevent Trump from becoming the next president. “For me, deep down in my heart, I believe that America won’t and we can’t [elect Trump],” he said. “Of all the things he has said — and we could go through the laundry list — that was the one that was such an absolute illustration of a darkness of his soul. I just cannot figure out how people can clap for that…So, we are not even going to pretend it is going to happen. I have faith in America. America has had really critical times but the good [people] tend to make their way to the top.” 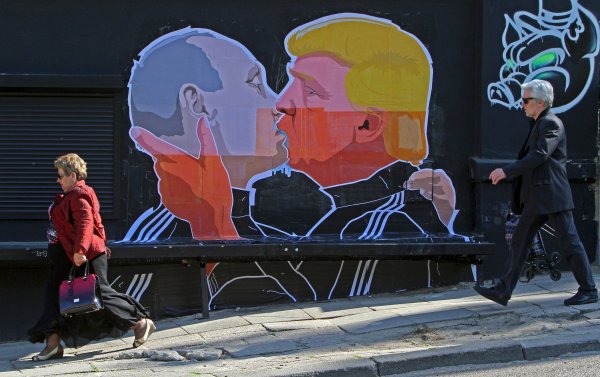