It takes a special kind of patience to conquer the challenges of being a teacher. You’re faced with temper tantrums, bullying, utter refusals to acknowledge reality – oh, and you have to deal with the kids, too.

A recent Reddit thread invited teachers to spill the details on the most absurd things they’ve heard from their students’ parents, and it’s going to take a little bit more than a few apples to make up for the madness.

1. “This girl didn’t study and skipped most of the questions on a test. Mom came in to argue about her daughter’s failing grade and said she should only be graded on the questions she did answer, so therefore should have scored a 100 since the few she chose to answer were correct.”

2. “My boyfriend is 23 and recently started as a high school English teacher. He’s teaching summer school right now and a parent asked if he could stop dressing so well/if there was an older teacher available because his daughter won’t stop talking about how handsome her teacher is.”

3. “At parents’ evening: ‘Don’t worry about my daughter, she’s dumb. She only needs to cook and clean. How is my son doing?'”

4. “Had a kid that was aceing everything. Straight A’s. I told his mother that I thought he was a little bored. She puffed up and said ‘I will go home and speak to him about that at once!'”

5. “Kid obviously forges signature of dad on a failed test. Teacher calls the kid out on it, dad comes in and insists that it is in fact his signature; his little prince can’t get in trouble after all. Two weeks or so later the dad comes into school outraged that he hasn’t been informed of the big project causing the prince so much stress. But you have been informed, says the teacher, here’s the slip I sent home for all the parents, and that’s your signature, right? ‘Right,’ says dad.”

6. “‘Oh yeah, her behavior and aggression vary with the phases of the moon.’ The student had publicly threatened to kill me over unplugging her phone charger.”

7. “I’m not a teacher, but I coach my kids’ youth sports teams. I once had a dad approach me and bribe me ($50) to prevent a certain kid from playing in our upcoming flag football game. These were 6-year-old kids. The kid did make a costly mistake in the previous game, but the fact that this random dad was willing to pay me to bench the kid was mind-blowing.”

9. “‘For the taxes we pay, we expect our teachers to get our kids into any college we want.'”

10. “Had a star athlete who was being recruited by Ivy League schools failing my English class. On top of his general poor academic performance, I also caught him cheating on a homework assignment which he vehemently denied. His mom scheduled a meeting with an administrator and proceeded to berate me and to accuse me of discriminating against student athletes. Then she said her son would never cheat. I pulled out his homework and proceeded to read one of his answers, ‘I, as a 16 year old girl,..’ Mom then begins yelling at him, ‘You can’t even cheat right! What’s wrong with you? How are you going to get into college if you can’t cheat?'”

11. “Father told me he would not allow his son to read poetry because it would ‘make him gay.'”

12. “‘Intellectual property is a real gray area,’ in regard to blatant plagiarism.”

13. “‘If you don’t let my daughter sing ‘O, Holy Night’ for the Christmas show, I’ll withdraw her and my son from this school, and you’ll never again have such talent.’ Her daughter couldn’t sing on pitch, no matter what, and didn’t even try, because she had zero interest in it.”

15. “When talking to a parent regarding behavioral issues the parent said ‘From 8-2, he’s your problem, not mine.'”

16. “Third grader’s parents come in, with a notarized list of demands. 1. Children in my class must be prohibited from bringing in gluten, ever. They said they didn’t want her to feel left out because other kids were eating gluten. No, she didn’t have celiac, it was just the family’s personal choice. 2. I must let their daughter choose who she sits next to each day (the class had a carefully coordinated seating plan.) 3. She be exempt from history class because she was too advanced for our history class but not advanced enough for the accelerated class.”

17. “When I was a swim instructor, this parent was complaining about how her son ‘wasn’t improving’ in the swim lessons. It was true that sometimes I had trouble motivating him but I felt he was doing well.

In the next lesson, I thought the kid was doing well again and improving. I even got him to swim short distances without assistance (he was 5-years-old and he couldn’t touch the bottom). The mother didn’t seem to think so. She said something like, ‘he can’t just keep going back and forth and kicking the whole time…’ You do realize that’s how people swim right?”

18. “‘Yes, my child is misbehaving, throwing chairs, hitting other kids etc. but you took his paper airplane in second grade and scrunched it up, so this is really your own doing. I think the best thing to do is for you to help him make a new paper airplane and apologize. Then I’m sure he’ll behave.’ The kid was in sixth grade at this point.”

19. “When I was student teaching a parent emailed saying to give his child a C. No reason. Just…’give her a C.’ She was getting an F and I couldn’t believe the insanity of just saying what boiled down to ‘C, now.'”

20. “‘Caitlyn doesn’t feel like writing. She’ll just say the answers to the work out-loud from now on.'”

21. “I was in an IEP meeting. When the counselor asked the student what his post-high schools plans were, he proudly stated that he was interested in studying animal science. His mother angrily swung her head at him and said, ‘Animal science?! Oh hell no, what about our plans for the NFL?!’ The student got embarrassed and said, ‘Well, I need a back up plan, Mom…’ and she said, ‘Not when you’re as great of a player as you!’ The student was mediocre at best at football.”

22. “I was told last year that the ‘obvious reason’ I work in special education is because I ‘can’t get a job teaching normal children.'”

23. “During a conference, the paperwork from his pediatrician mentioned a possible autism diagnosis. The mom said ‘I don’t know what it is and I don’t ever want to know. I don’t Google anything medical ever.’ In the same conference, she mentioned that one of the men who could be his father has ‘something called Asperger’s.'”

24. “Little boy punched a girl in the face and broke her nose. The dad comes to a meeting with the teacher and principal and high fives his son for doing it.” 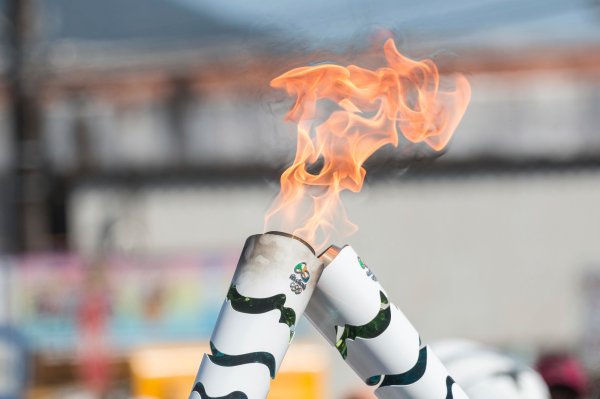 I Want Olympic Glory for My Son. He Doesn't Want to Break a Sweat
Next Up: Editor's Pick