Friendship is one of the greatest gifts in all of life. We all value friendship, but in our modern world, we’ve lost sight of what friendship really means. It’s now tragically possible to have thousands of “friends” on social media, but not ONE true friend. So, how can we tell if someone is truly our friend? How can we know when we’re truly being a friend to someone?

This simple list below isn’t comprehensive, but after observing some of the strongest friendships on earth and researching timeless relationship principles in the Bible, I’m convinced that EVERY healthy friendship has these seven traits:

1. Friends can disagree without losing respect for each other.

Especially in a political season, we see people taking sides and writing off anyone who doesn’t share their opinions. True friendship is stronger than differences in perspective or opinion. Real friends can have meaningful discussion (and even debate) around important issues, but they don’t forfeit their friendship over different opinions. They value each other’s perspective because they value each other.

Friends don’t bring up old dirt and gossip about each other. They forgive and seek forgiveness with transparency and humility. There can be no grudges for a relationship to thrive.

“Love prospers when a fault is forgiven, but dwelling on it separates close friends.” Proverbs 17:9

“A friend loves at all times, and a brother is born for a time of adversity.” Proverbs 17:17

4. Friends have your back.

Loyalty is vital to friendship. There’s no such thing as a “frenemy”. Someone once said, “A friend will bail you out of jail, but a “real friend” would have been arrested with you!” A real friend will show up on their day off to help you move into your new place. They’ll be there for you when you need them and you should do the same for them.

“There are “friends” who destroy each other, but a real friend sticks closer than a brother.” Proverbs 18:24

5. Friends tell you the truth.

Even when it’s hard to hear, friends will speak the truth in love. There is nothing more toxic to a relationship than dishonestly. A painful truth is always better than a hidden lie.

“An honest answer is a sign of true friendship.” Proverbs 24:26

6. Friends make each other better.

A true friend will sharpen you and make you a better person by their positive influence and encouragement in your life. They bring out the best in you. They don’t try to hold you down to make themselves look better. They lift you up and speak positive words to you and about you in public and in private.

“As iron sharpens iron, so a friend sharpens a friend.” Proverbs 27:17

“I no longer call you servants, because a servant does not know his master’s business. Instead, I have called you friends, for everything that I learned from my Father I have made known to you.” John 14:15

Dave Willis is a pastor and, with his wife, Ashley, founded StrongerMarriages.org and the “Marriage” app as a way to encourage couples to build stronger marriages. He is the author of The Seven Laws of Love. He blogs at Dave Willis at Patheos.

This article originally appeared on Patheos.com 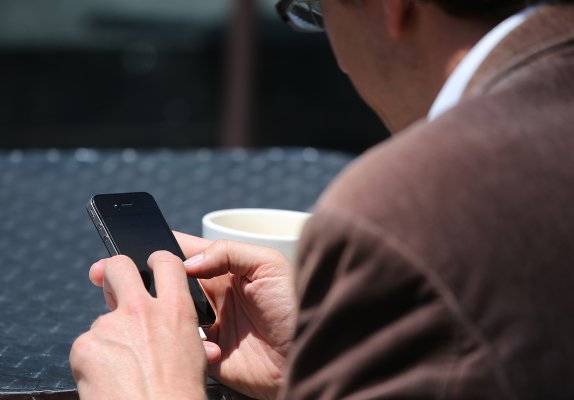 You Have a 1-in-4 Chance of Having your Sexts Shared
Next Up: Editor's Pick