It took more than two years for the massive Ebola outbreak to sputter out, and some countries are still under heightened surveillance. More than 28,600 people were infected with the virus in West Africa, and more than 11,300 of them died. Now, researchers are looking into the toll the epidemic took on the people who survived.

In a new report published Tuesday in the journal PLOS Medicine, researchers looked at the results of a survey conducted by the nonprofit Last Mile Health in Rivercess County, Liberia, a rural area where Ebola transmission was limited and where the health facilities stayed open during the outbreak. Because Ebola sparked a widespread fear of health centers—due to worries that the virus could be contracted at hospitals where infected people were being treated—the researchers decided to study whether that fear continued to cause people to stay away from health care centers for their medical needs, like childbirth. The implication of this kind of fear is especially important for pregnant women, because hospital births are considered far safer in this region than home births.

“Women who didn’t deliver at health facilities were at greater risk that emergencies would lead to dangerous outcomes — including the death of the mother or newborn,” study author John D. Kraemer, an assistant professor of health systems administration at Georgetown University, told TIME in an email. “It is much safer for women to deliver in a health facility because delivery conditions are safer than at home and because, if she has an emergency such as bleeding or obstructed labor, it will be recognized sooner and she can be treated faster.”

Based on national survey data, the researchers say the likelihood that a birth happened at a facility was 41% lower among women who held the belief that Ebola was or may be transmitted in health facilities. The economic turmoil caused by the virus could also be partially responsible. For instance, women may not have been able to afford transportation to the facilities.

“Our findings are consistent with other research from throughout the countries most affected by Ebola,” says Kraemer. “Using a variety of different approaches, there is evidence that the epidemic harmed everything from malaria prevention and vaccination to childhood disease treatment to HIV care.”

In the long run, the researchers argue there’s a need to build more resilient health systems so that epidemics are identified faster without such tragic consequences. “That, of course, requires substantial, continued investment,” says Kraemer. 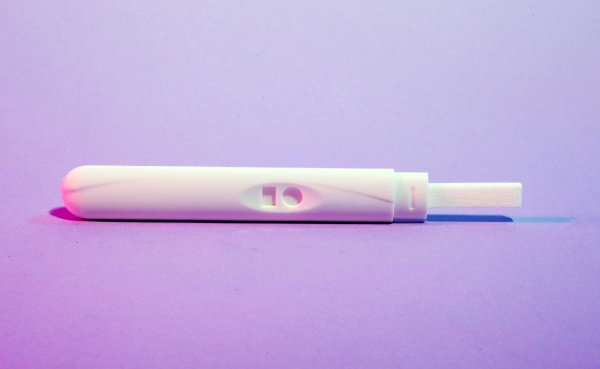 How Fertility Affects Your Body Temperature
Next Up: Editor's Pick