A Pokemon Go participant checks for Pokemon's as he paused along the Tidal Basin, in Washington, on July 30, 2016.
Michael S. Williamson—The Washington Post/Getty Images
By Sarah Begley

New York Gov. Andrew Cuomo has asked the state’s Department of Corrections and Community Supervision (DOCCS) to bar registered sex offenders from playing the game Pokémon Go, citing concerns that pedophiles could use the app to find or lure victims.

An investigation by state legislators found that some of the locations that pop up on the platform were located nearby registered sex offenders’ homes. Of particular concern is the fact that users can purchase “lures” to attract gamers to their area, an option that pedophiles could seek to exploit.

“Protecting New York’s children is priority number one and, as technology evolves, we must ensure these advances don’t become new avenues for dangerous predators to prey on new victims,” Cuomo said. The directive aims to prevent nearly 3,000 Level 1, 2 and 3 offenders who are on parole from using the game. According to the DOCCS, parole officers will visit sex offenders and require them to sign acknowledgement of receipt of the new special condition barring them from playing the game. The agreement will be enforced by visits, both scheduled and unannounced, to offenders’ homes and workplaces, which will entail inspections of the space and of approved electronic devices. The state has also recommended the new guidelines to county probation officers and shared guidance for implementation.

Cuomo has additionally asked Niantic, the company that developed the game, to work with the DOCCS to scrub sex offenders from its app. The DOCCS will regularly send an updated list to Niantic, as it does with other technology companies like Facebook and Microsoft, to keep offenders off platforms like Xbox 360. The list includes Internet identifiers like known email addresses.

According to the Department of Justice, the vast majority (about 90%) of perpetrators of child sexual abuse are family members or people who are already known to the child, like family friends or babysitters. People concerned about suspected child sexual abuse can call the National Child Abuse Hotline at 1-800-4-A-CHILD. 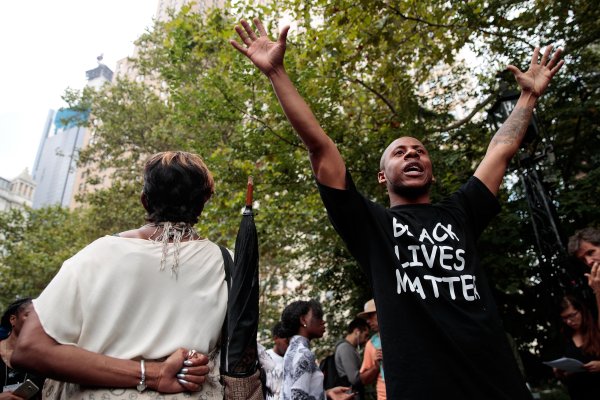 Black Lives Matter Releases List of Demands for the First Time
Next Up: Editor's Pick