Why Gold Star Parents Are the New Third Rail in Politics

For decades, politicians have feared that trimming Social Security benefits would be so deadly to their electoral future—they’d be electrocuted at the polls—that they haven’t made the tough choices needed to save it. Over the last several days, we’ve seen Gold Star parents—those Moms and Dads whose children have died in the nation’s wars—ascend to the same rarefied firmament.

Such parents—sadly, but proudly, there are likely more than 10,000 of them created since 9/11—haven’t risen to that realm recently. To nearly all Americans, they and their families have been there all along. But it’s Republican presidential nominee Donald Trump’s treatment of Muslims Khizr and Ghazala Khan—whose son Army Capt. Humayun Khan was killed in Baghdad in 2004—that has crossed a long-honored line. More than that, it informs prospective voters of Trump’s inability to know which fights to pick—and, more critically, how to roll with the punches when the fight isn’t worth having.

To be sure, it can be argued that Humayun’s father, Khizr, picked this particular fight last Thursday. He decried Trump’s proposed temporary ban on Muslims entering the U.S on the final night of last week’s Democratic National Convention. Fair enough. One can debate whether Democratic presidential nominee Hillary Clinton and her party should have surrendered their stage to the Khans and their message. But that’s moot now.

“I was viciously attacked by Mr. Khan at the Democratic Convention,” Trump tweeted Sunday. “Am I not allowed to respond?”

“Trump did not have the good sense to just shut up about it,” John Noonan, a Republican political operative and former Air Force ICBM officer, writes. “He’s solidified the Khans as heroes, and as a thorn in his side until election day.”

All parties to the sad spectacle are playing their scripted roles. Republicans, long seen as the more pro-military of the two major parties, delicately tried to distance themselves from Trump’s words, but not his candidacy. Rep. Max Thornberry, the Texas Republican who chairs the armed services committee, issued a statement Monday saying he was “dismayed at the attacks” on the Khans—without once mentioning Trump. Sen. John McCain, the Arizona Republican who chairs that body’s armed services committee, said he could not “emphasize enough how deeply I disagree with Mr. Trump’s statement.” GOP loyalists criticized the Democrats for letting Khan speak, with some in the Web’s fetid conspiratorial underbelly suggesting Khan is somehow a secret agent of the Muslim Brotherhood seeking to topple the U.S. government.

Democrats decried Trump’s words and praised families like the Khans who have given their all. “Our Gold Star families have made a sacrifice that most of us cannot even begin to imagine,” President Obama told a Disabled Americans Veterans gathering in Atlanta on Monday. “They represent the very best of our country.”

Like Thornberry, Obama didn’t mention Trump. But their bipartisan rebuke was clear.

Trump kept up the four-day fight Monday, when he said Khan was upset by Trump’s pledge to keep Muslim terrorists outside the U.S. “When you have radical Islamic terrorists probably all over the place, we’re allowing them to come in by the thousands and thousands,” he told an Ohio TV station. “And I think that’s what bothered Mr. Khan more than anything else.”

Gold Star pins, worn by close relatives of those who have died in war.
U.S. Army

Let’s hope this sad exchange doesn’t represent a new, true “third rail” in American politics. Social Security may indeed be electrified, but it involves only treasure. Gold Star families have given blood. Like it or not, that overwhelming loss gives them a freedom to speak out that the rest of us, including presidential candidates, don’t have. If you don’t like what they say, express condolences for what they have lost, and thanks for what they have given, and leave it at that.

The fact that Trump is oblivious to that distinction is merely disappointing. The fact that he waded into a battle that he could not win is scary. 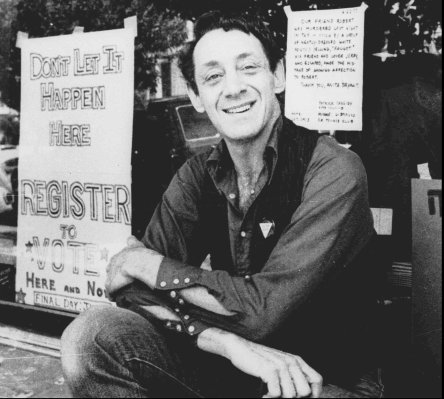