Ryan Lochte is really into switching up his hair. Swimming’s reformed party boy and all-star says he’s ready for Rio’s Olympics, which kick off on Friday, and he’ll be attending the games with an unexpected new look.

The 11-time Olympic medalist first took to social media over the weekend to share his updated hairstyle, a shocking bleached short cut with pale silver-blue tones. It’s quite striking against his tan (perk of spending all that time in a pool) and bright blue eyes. But why the blue? The swimming sensation has stayed mum on his rationale behind the switch-up so far, but we can certainly speculate: maybe he wanted to get the merman vibes going. Maybe he was inspired by Kylie Jenner. Or maybe it’s a patriotic nod. You decide:

Lochte and his Atlanta-based hair stylist documented the dye process on their Instagrams, including a necessary snack break…

… and a mid-process selfie.

He didn’t undertake this adventure into the bleached-hair waters alone, however. His Olympic teammate Jimmy Feigen joined the blue crew, too.

Lochte may say he’s “Rio ready” and “more mature” than ever — but really, is Rio ready for him and his trendy ice-blue hair? Only a few days until we find out. 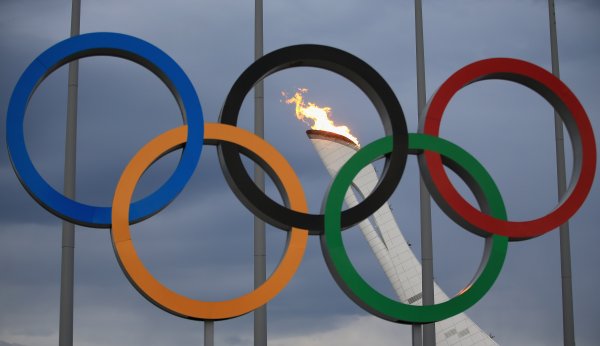 10 Russian Athletes Banned from Rio
Next Up: Editor's Pick