President Obama fired back at Republican presidential nominee Donald Trump’s dismissal of the family of a dead Muslim U.S. soldier during remarks at the Disabled American Veterans’ National Conference in Atlanta on Monday.

The sacrifice Gold Star families have given to America is greater than most Americans will know, the president said.

“No one—no one—has given more for our freedom and security than our Gold Star families,” Obama said. “They represent the very best of our country. They continue to inspire us every day and every moment. They serve of as a powerful reminder of the true strength of America.”

The president added that the U.S. has to “do everything that we can for those families and and honor them and be humbled by them.”

The presidents remarks followed statements by Trump demeaning the sacrifice of Khizr and Ghazala Khan, whose son Humayun died while serving in Iraq in 2004. Trump said in an interview with ABC‘s This Week that he’d made “a lot of sacrifices” in his life, including providing jobs and launching businesses. Trump has been attempting to walk back those comments since the interview, but continued to rebuke the Khan family’s public appearances on Twitter.

Veterans of Foreign Wars released a statement denouncing Trump’s comments on Monday. “Election year or not, the VFW will not tolerate anyone berating a Gold Star family member for exercising his or her right of speech or expression,” said VFW’s Brian Duffy. “Giving one’s life to nation is the greatest sacrifice, followed closely by all Gold Star families, who have a right to make their voices heard.”

During his speech on Monday, the president said the audience members at the DAV conference had a unique understanding of the sacrifices of our nation’s veterans and service-members. President Obama also engaged in a bit of Trump-fact checking, saying that as the Commander-in-Chief he’s “pretty tired of some folks trash talking America’s military and troops.”

“America’s military is the most capable fighting force in history—and we’re going to keep it that way,” he said.

Throughout the speech, Obama touted the progress his administration has made on veterans issues, including curbing homelessness, increasing veteran employment, and reforming the Department of Veterans Affairs. In 2010, Obama pledged to veteran homelessness by 2015—as of this year, veteran homelessness had been reduced by 47%. En route to Atlanta on Monday, Deputy Press Secretary Eric Schultz said the president “knew it was ambitious” when he set the goal, but he is proud of the progress that they have made. 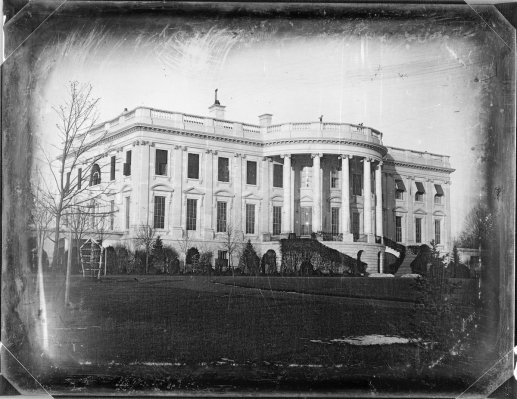 Slaves at the White House Did More Than Just Build It
Next Up: Editor's Pick