Less than a month after the 47th anniversary of Neil Armstrong‘s first steps on the moon, a private spacefaring firm has overcome a major hurdle on its mission to make a different kind of lunar history. California-based Moon Express is set to announce Wednesday that it has become the first private space company to get U.S. government approval to fly a mission to the moon.

“To me, going to the moon is symbolic of what individuals and small groups of people are capable of doing,” says Naveen Jain, co-founder and chairman of Moon Express. “It’s an inspiration that allows people to think that the things that were only done by the superpowers, a small group of people can now do.” (A controversial figure in the technology world, Jain has settled several suits regarding his business practices and trading activity over the years.)

Moon Express is one of a handful of firms vying for the Google Lunar X Prize, a $20 million award to be granted to the first team to land a robot on the lunar surface, trek 500 meters, then send back the equivalent of very expensive Instagram photos. Along with Israeli rival SpaceIL, it’s seen as a favorite to win that competition, having knowledge-sharing agreements with and office space from NASA as well as a contract with a rocket-launching company.

Moon Express’ lunar lander is a far cry from NASA’s Apollo days. It’s roughly the size of a go-kart, with the overall appearance of a juiced-up interplanetary Roomba. The company’s plan is to hitch a ride to low Earth orbit aboard a small rocket designed to haul tiny satellites. It will then use its own engine for the 200,000-plus mile trip onwards to the moon. Once there, landing thrusters are meant to provide a smooth descent for the firm’s robotic explorer, which is designed to move around via rocket-hops. (Moon Express successfully tested its lander in late 2014.)

That trip, says Moon Express, should happen sometime in 2017. But delays are a part of life when it comes to the highly complex task of flinging stuff into outer space. One problem in particular looms large: The launch vehicle it’s planning to use, Rocket Lab’s Electron, has yet to fly. That’s a bit like a newly engaged couple picking a wedding venue that isn’t done being built. It could work out fine, but it’s inviting trouble.

“We’re looking at a first test flight in a few months’ time,” says Rocket Lab CEO Peter Beck. That timeframe offers little in terms of leeway, and Moon Express isn’t first in line when the Electron is ready to go. But it’s Beck’s job to make sure the Electron is safe before it starts flying cargo. “Obviously, we don’t want to impact anybody’s mission, and we’re working very hard to ensure that we get through the test flight phases as comfortably and as quickly as we can,” says Beck. Rival SpaceIL, meanwhile, is relying on SpaceX’s proven Falcon rockets. And the clock is ticking—Google’s award expires at the end of 2017, though it has been extended in the past.

Even if Moon Express misses the deadline, its vision extends well beyond winning Google’s money (it has, after all, already raised millions more than the grand prize amount from investors). Moon Express executives see a business in using its lander for tasks from satellite repair to clearing space junk. Jain also spoke of harvesting lunar resources like platinum and helium-3. “We go to the moon not because it is easy, but because it is profitable,” Jain says, echoing John F. Kennedy the way only a tech entrepreneur might. (He also made the case for moon rocks’ potential to become the new diamonds, though it’s unclear how his firm might override decades of extraordinarily effective marketing from the likes of De Beers and Zales.)

Experts say extracting valuable stuff from the moon isn’t as farfetched as it might sound. “Monetizing the moon’s resources should be pretty easy once we figure out where they are . . . and then figuring out the most efficient way to get them back,” says Dr. Justin Karl, assistant professor of commercial space operations at Embry-Riddle Aeronautical University. He adds that helium-3 could be useful for fueling fusion reactors, assuming such devices are ever actually built.

To be sure, getting permission to do something and actually doing that thing are wildly different. The company has a long way to go—roughly 238,900 miles—before it truly makes interplanetary history. But even if it fails, Moon Express has already opened the door for other companies to try and follow suit. Before Wednesday’s announcement, it wasn’t even clear which government agency could give a private company clearance to launch a moon mission—turns out, it’s the Federal Aviation Administration, with blessings from the State Department. If wading through layers of Washington bureaucracy to reach that answer becomes the company’s greatest contribution, it’s a notable accomplishment in its own right. 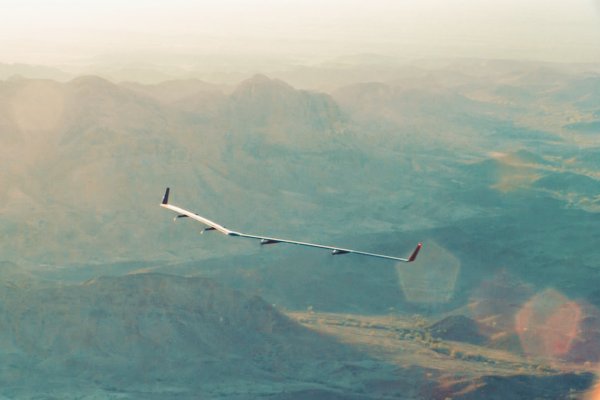 Facebook Completed the First Full Test Flight of Its Aircraft For Beaming Internet From the Sky
Next Up: Editor's Pick