Jeb Bush reacts as he announces the suspension of his presidential campaign at an election night party at the Hilton Columbia Center in Columbia, SC on February 20, 2016.
Mark Makela—Getty Images

One of former governor and presidential hopeful Jeb Bush’s advisers, Sally Bradshaw, has left the Republican party and said if Florida is a close state, she would vote for Democratic nominee Hillary Clinton.

On Monday CNN reported Bradshaw switched from being a registered Republican to unaffiliated. Bradshaw said Republican nominee Donald Trump must not be elected president.

“This election cycle is a test,” Bradshaw told CNN in an email interview. “As much as I don’t want another four years of (President Barack) Obama’s policies, I can’t look my children in the eye and tell them I voted for Donald Trump. I can’t tell them to love their neighbor and treat others the way they wanted to be treated, and then vote for Donald Trump. I won’t do it.”

Bradshaw also said she had been contemplating the affiliation move for months and that she has not decided who she will vote for. She said “when the party regains its sanity,” she would return to the GOP.

Bradshaw has worked for the Bush family for decades, working for him when he ran for governor in the 90’s. She helped write the Growth and Opportunity Project, also known as the GOP autopsy, following the 2012 election. 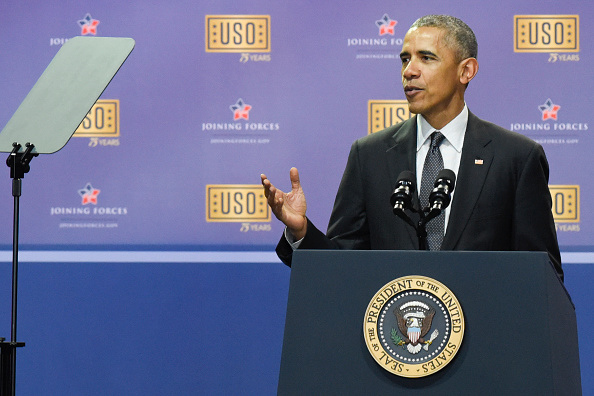 President Obama to Tout Progress on Veterans Issues Monday
Next Up: Editor's Pick