Why Telling Difficult Stories Is So Important

In December 2012, I was about to turn 25. I was getting involved in international organizations like the U.N. Online Volunteering Service, Peace x Peace and E-International Relations. I went to sleep each night thinking about this one question: What if I could bring all the voices of these amazing people I was interacting with onto one platform to inspire people to act?

The day after my birthday, a young girl was gang raped on board a bus in a horrific incident that became international news. A chance encounter with a trigger brought all my repressed memories back, and I finally came to terms with a truth I had dissociated with: I had survived abuse as a child.

In the days following my birthday, I accepted the U.N. Online Volunteer of the Year Award and talked about my experience as a volunteer in Nigeria at the first United Nations Volunteers Partnership Forum. I went to the U.S. Consulate at Chennai to receive the U.S. Presidential Services Medal awarded by President Barack Obama.

I began to realize the power in telling my story. To empathize, we must know. To know, we must talk. To talk, we must build faith. To build faith, we must be open, and must listen.

As I stood on stage accepting the U.S. Presidential Services Medal, I knew I wanted to use my voice in a way that would be heard. People would know that my voice counts, too. And it wouldn’t just be my voice, but the voices of all those who were otherwise unheard.

That night, the Red Elephant Foundation was born.

I chose red because, well, who doesn’t remember something red waving in their faces? We were going to be engaged in telling stories to spark conversations that we simply must be having. The idea was to address the red elephant in the room.

When you start an initiative, especially in the dead of the night, your mind fills itself with ideas. And since you are the only staff member of the newly founded initiative, you give yourself orders to implement these ideas. Over the next few months, the president doubled up as the plumber, the CEO donned the cape of a carpenter, and the executive member became the electrician.

The nuts and bolts of creating an organization were not easy, but my education as a lawyer helped me. For a year or so, the organization ran without anything beyond an online platform. I interviewed survivors and changemakers and told their stories. Then, trusted friends and former co-workers got on board to head different divisions, and my core team soon grew into one of the most inspiring teams I will ever work with. We focused our key goals around gender equality and civilian peacebuilding.

We told stories of women, men and transgender people who overcame odds and braved through difficult situations. We then built visually driven online campaigns rooted in gender equality and peacebuilding through dialogue.

We discovered that we had a sustainable readership. But what if the buck stopped there? We wanted the conversation to go on, so we kick started dialogue programs and workshops online and offline to broaden our community.

We began hosting workshops with communities at all levels and ages to encourage critical thinking. We partnered with schools across the world, and built our own community platform for peace and gender-based curriculum called ChalkPeace.

Now we are getting ready to kickstart our revenue model. Soon we will be raising funds through our workshops. Until then, my team and I are working on a purely voluntary basis, and affecting change through the power of a great investment: time and effort. Even if it is not profit-generating business, it is certainly impactful.

Getting here wasn’t easy. I had hate mail. I had people calling me names for being a feminist. I was labelled a freak. I was threatened on social media. Many laughed at me. Still more thought I was crazy. But what’s important is that I stood for what I aimed to achieve, and I kept going with it. Many global organizations and individuals have supported me along the way and helped me sharpen my skills.

Since I started the Red Elephant Foundation, I have learned more about elephants. They show signs of emotions like grief and joy. And groups of females band together to protect their young. I’d unwittingly named my initiative after a symbol of matriarchy—a symbol of a world quite the opposite of ours, where females are revered, and given the respect they deserve.

I have a sense of euphoria knowing I am carrying forward this vision. Standing up in rooms filled with men and boys to train them on gender equality creates a feeling that words are not enough to describe.

Still, there is so much more work to do. There are many elephants in the room to address.

Kirthi Jayakumar is a contributor from India. This piece was originally published on World Pulse. Sign up to get international stories of women leading social change delivered to your inbox every month here. 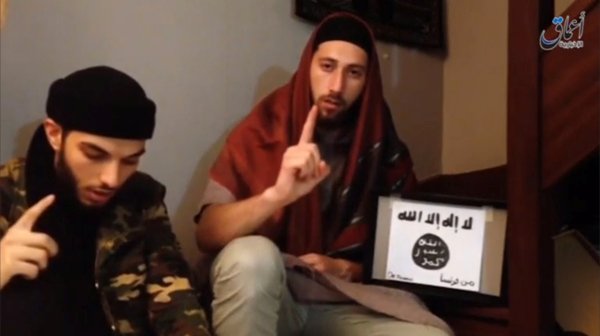 How ISIS Defectors Can Help Us Beat Terror
Next Up: Editor's Pick