Last week in her acceptance speech at the Democratic National Convention, Hillary Clinton said to great applause: “I believe in science!”

The reaction was a stark contrast to the one I received a week before at the Republican National Convention. During a charity gig with my band, Third Eye Blind, I caused a roomful of Republican conventioneers to collectively lose it by saying “Raise your hand if you believe in science!”

I also called out the GOP platform on LGBTQ rights. I think my words were galling to so many on the right not just because I was not behaving as artists usually do (as a compliant guest / song-and-dance man), but also because I was putting the spotlight on issues to a Republican Party that seems to want its focus instead on emotions: fear, anger and hatred.

Indeed, there was such a prattle on the chaos of the RNC—plagiarism, air-kisses, ire at uppity rock bands, etc.—that I wonder if the mess they made helped them blur over the truth: In place of a leader, Republicans have a grifter with no policies, plans or issues. In place of an ideology represented in a platform, they have a caveman’s manifesto. What ideas they have are not only regressive, but arguably not even Republican.

The problem with all this name-calling, mine included, is that it precludes focus on issues, like the ones I raised at that benefit in Cleveland.

So let’s imagine for a moment that it doesn’t have to be this way—that there could be policies rooted in Republican philosophy that produce progressive results.

The Democratic platform proposes that progress on climate change can be achieved incrementally. Democrats also think fracking still has use as a bridge to sustainability. They are mistaken on both counts.

The Republicans could easily call out the Democrats as being soft on climate change by naming it the national security threat that it is. They have the findings of the Defense Department on their side, and they love being the party of national security. It’s an easy fit.

In addition, Florida and Louisiana are sinking. That means our borders are shrinking. And that means climate change is a border security issue, and Republicans adore border security.

The Republicans could propose that the U.S. becomes the world leader in climate-change solutions. They could do it through tax incentives to climate changers—yet another reason to let big corporations get out of paying taxes. What’s more Republican than that? :-)

At the charity function, I pointed out that the GOP platform continues to disenfranchise LGBTQ Americans like my cousin. It would be much more fitting for the party of “mind your own business” to instead support the idea that adults, in the words of Dick Cheney, “should be free to enter into any kind of relationship they want to enter into.”

Finally, it boggles my mind that Republicans have not embraced Black Lives Matter. At the top of the pantheon of Republican fears is the unjust incursion of the state on individual liberty. Well!!? If one GOP politician stood up and said: “Law and order starts with lawful policing and fair courts,” they would take the racist dog whistle out of their phrase. Proposing better training and better pay for police would have been met with cheers.

The problem is the GOP is no longer a party that answers the cravings of its base with Republican ideologies. Instead,

In abdicating an inclusive, sustainable philosophy, the Republican Party has reaped the candidate it has sewn — a grotesque, who has shanghaied their party in service of nothing other than ego gratification. This won’t change until leaders emerge who are willing to lead their constituents past their most base instincts.

So again, raise your hand if you believe in science! 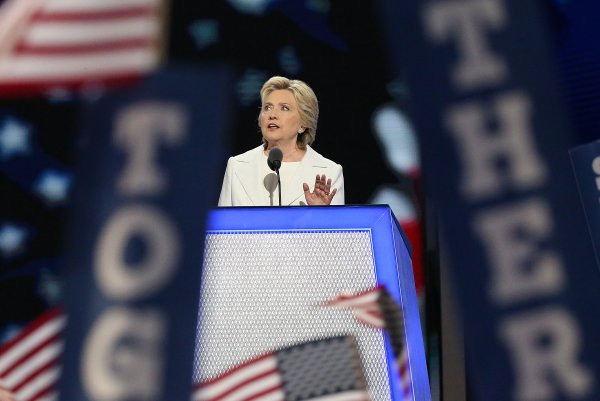