Samsung is launching a new and slightly improved version of its Gear VR virtual reality headset, the company announced on Tuesday. It will cost $99.99, the same price as the current model, which it will replace once it launches on August 19.

This isn’t a second generation Gear VR, but rather a modest update on the existing version that improves on a few areas. For one, the field of view has been extended from 96 degrees to 101 degrees, which makes it possible to see more content when watching shows or playing games. The padding on the inside of the headset is also a bit thicker.

The most noticeable physical difference is the headset’s new blue and black coloring, unlike the older black-and-white unit. There’s also a dedicated home button near the touchpad, a feature that Samsung says was much requested. The new headset’s touchpad is smooth and uniform, unlike the current headgear’s trackpad, which includes recessed directional tracks.

Samsung’s refreshed headset will also come with a connector that can be interchanged to fit with USB Type-C and micro USB plugs so that it will work with the Galaxy Note 7 and Samsung’s older headsets. This means that if you plan to use Samsung’s new Note 7 with the Gear VR, you’ll have to purchase the newer model, as the older one only includes a micro USB connector.

With the minor updates, Samsung is addressing a few of the complaints I experienced when initially testing the Gear VR last fall, such as the touchpad sometimes being difficult to find while wearing the headset. The improvement also comes as Samsung is likely to face more competition from mobile device makers in the VR space now that Google has unveiled its Daydream platform for Android. 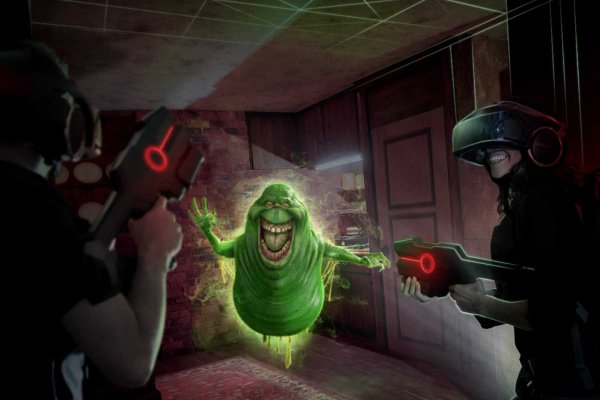 I Experienced the Future of Virtual Reality by Becoming a Ghostbuster
Next Up: Editor's Pick