A decade’s absence makes the hearts of America grow fonder: nine years after their last franchise collaboration, Matt Damon and Paul Greengrass return to the top of the domestic box office as Jason Bourne grosses an estimated $60 million across its opening weekend.

Continuing the Bourne collective’s massive haul since 2002 (over $1 billion in total receipts), Universal’s fifth theatrical adaptation of Robert Ludlum’s book series averages $14,093 from 4,026 screens in North America, earning the second-highest opening haul for a Bourne title in history (unadjusted for inflation) and a positive A- grade on CinemaScore. The debut also marks the second best opening weekend of Damon’s career, trailing just behind The Bourne Ultimatum’s $69.3 million.

According to Universal, exit polling indicates men made up 55 percent of Bourne’s weekend audience, while 60 percent of ticket buyers were over the age of 35. Domestic numbers are up around 30 percent from the same frame last year, when Paramount’s Mission: Impossible Rogue Nation scored $55.5 million.

Topping $100 million in North America, Star Trek Beyond tumbles nearly 60 percent in its second weekend, adding an estimated $24 million to its total. The $185 million picture — the third in the rebooted lineage — is, adjusted for inflation, the second lowest-grossing title in franchise history, though its foreign numbers (currently at $54.8 million and counting) should push the film past its budget in the coming weeks. Whether the film pulls in enough to make a profit, however, remains to be seen.

Giving Star Trek a run for its money at No. 3 is STX’s female-driven comedy Bad Moms, which earns a healthy estimated $23.4 million in its opening weekend. Fronted by an ensemble cast that includes Mila Kunis, Kristen Bell, Kathryn Hahn, Annie Mumolo, Jada Pinkett Smith, and Christina Applegate, the R-rated comedy’s total was fueled by an over-25, predominantly female audience as it averaged $7,278 on 3,215 screens.

On top of doing solid business, Bad Moms earned a rare A grade on CinemaScore, besting other summer comedies like Keanu (B), Neighbors 2: Sorority Rising (B), and Ghostbusters (B+) on its way to a healthy overall run as it wisely taps into a recently underserved demographic.

Rounding out the top five are The Secret Life of Pets and Lights Out, which pull in an estimated $18.2 and $10.8 million, respectively. In its fourth weekend of wide release, Pets’ domestic total sits just below $300 million. By mid-week, the film will become 2016’s sixth title overall (third animated) to cross that line. Lights Out’s 50 percent drop marks a relatively light decline for the horror genre, bringing the film’s U.S. and Canada total to an impressive $42.9 million on a $4.9 million budget.

Also debuting in wide release is the Emma Roberts/Dave Franco thriller Nerve, which earns an estimated $9 million this weekend after its $6.1 million head start on Wednesday and Thursday. The film’s five-day gross hovers above $15 million as it, too, receives an A- grade on CinemaScore.

Outside the top 10, Woody Allen’s Cafe Society expanded to 565 theaters on Friday, taking an estimated $2.3 million over the three-day frame, while Central Intelligence’s $910,000 gross adds to its worldwide total, which pushed past $200 million at the tail end of the week. Specialty titles like Equity and Indignation also impress in limited release, averaging a respective $20,182 and $22,268 from four theaters each.

Check out the box office estimates for the July 29-31 weekend below. 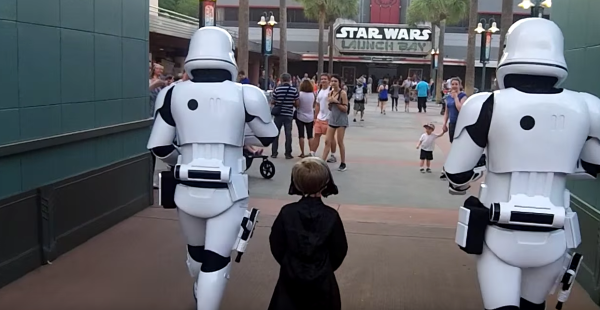