In separate calls Friday with New Jersey Gov. Chris Christie, Trump’s transition chairman, and Ed Meier, the Clinton campaign’s director of policy outreach, McDonough informed them of the resources available to smooth the transfer of power. Besides the classified intelligence briefings from the Office of the Director of National Intelligence, the candidates are eligible to use a federal workspace in Washington to house their transition efforts and to attend meetings of White House and Executive Branch transition teams.

“McDonough emphasized the President’s commitment to working with both teams in a non-partisan manner to ensure a seamless transition,” White House spokeswoman Brandi Hoffine said Friday. “To that end, he invited representatives of both campaigns to begin attending meetings of the White House Transition Coordinating Council and Agency Transition Directors Council in an advisory capacity and apprised the campaigns of the opportunity for intelligence briefings through the Office of the Director of National Intelligence.”

An intelligence official said conversations are beginning in order to work out the logistics of the intelligence briefings.

In March, McDonough held meetings with the Cabinet and senior White House staff to outline the administration’s transition plans, and efforts are already underway to provide the next administration—whoever wins—with the information needed to prepare a budget request for 2018. The White House has also started transferring electronic records from the Obama administration to the National Archives.

The White House Transition Coordinating Council includes McDonough, and senior White House and Cabinet officials or their deputies. The Agency Transition Directors Council is composed of senior career officials from executive agencies responsible for coordinating the transition. White House Deputy Chief of Staff Anita Breckenridge and Senior Advisor to the Office of Management and Budget Andrew Mayock will be the point-people at the White House for the campaigns.

“The President was extremely grateful for the time and care put into the transition by President Bush’s team, and he is committed to ensuring an equally professional and orderly transition,” Hoffine said. “At his direction, teams at the White House and at agencies across the government have been working for several months to coordinate transition planning and prepare materials for the incoming administration. He expects this work will intensify in the months ahead in preparation for the election and, ultimately, the inauguration of the 45th President of the United States in January 2017.” 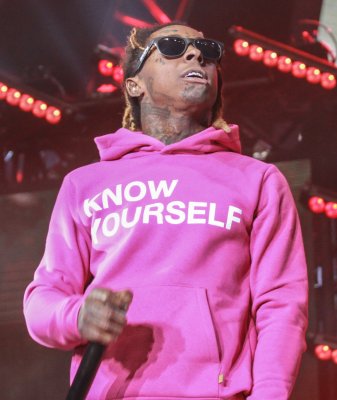 This Line From Hillary Clinton's Speech Sounded a Lot Like Lil Wayne
Next Up: Editor's Pick