New Clues to Depression Spotted in the Genome

The battle against depression has always been something of a rearguard action. You can’t prevent it; you can’t really cure it. The best you can do is battle it, often through a lifetime of cognitive behavioral therapy, which helps manage symptoms, and psychotropic medications, which improve mood by manipulating neurotransmitters like serotonin. Sometimes they work, sometimes they don’t.

What makes depression so slippery, of course, is that while so many diseases have a known root cause—this or that virus or bacterium or physical anomaly—the roots of mental illness remain murky. Now, a big step may have been made in tracing depression to its source, with a new study in Nature Genetics revealing no fewer than 15 discrete regions on the human genome associated with the development of major depressive disorder (MDD). If depression is a breakdown in the operating system that is the human brain, the new study may have pinpointed the bad lines of code responsible.

The study was a sweeping one—involving nearly 460,000 subjects—conducted by researchers from Massachusetts General Hospital, Pfizer Pharmaceuticals and 23andMe, the commercial genetic testing service headquartered in Mountainview, Calif. It was 23andMe’s participation that made the project possible in the first place, thanks to the vast trove of genetic profiles it has sequenced and stored from people who have used its services. Customers can opt in or out of allowing their profiles to be used for research. Those who do are assured of anonymity, as all identifying information is removed before the genetic profiles are released.

For the first round of the depression study, the investigators used genetic information from 75,607 people who had at some point in their lives seen a doctor for symptoms of depression, and 231,747 other people who never had. That information was made available from questionnaires the subjects had filled out when they signed up with 23andMe—and was also kept anonymous.

“The control group was made up not just of people who had not sought treatment for depression,” says neurogeneticist Ashley Winslow, a co-author of the study who was a Pfizer researcher at the time the work was done and is now a director of neurogenetics at the University of Pennsylvania Medical School. “They were people who had actively answered a question that they had never received a diagnosis.”

All of the profiles from both groups were then analyzed, looking for so-called single nucleotide polymorphisms (SNPs)—or irregularities at specific points in the genome—that the depressive subjects shared but the non-depressive ones did not. When any such anomalies were found, the researchers also looked at what the usual function of the anomalous areas was. Those found in a gene that coded for, say, height or baldness might be red herrings; those that coded for the growth or function of the brain would be likelier to be relevant.

In all, the investigators found 15 different SNPs that were shared by the people who reported depression but not by the other ones, and those SNPs were indeed located on parts of the genome related to the workings of the brain. One, for example, affects a region that mediates the function of the medial temporal lobe and the amygdala—which govern memory, fear, anger and other functions—and had already been implicated in psychiatric illness. Others SNPs were found on parts of the genome that have been associated with epilepsy, panic attacks and reported use of sleeping pills and pain medications.

The researchers validated their findings with a second round of analysis, this time using sample groups of 45,733 people who had reported depression and 106,354 who had not. Again the suspect areas showed themselves.

“This was a genome-wide approach,” says Dr. Roy Perlis, a co-author of the study, a professor of psychiatry at Harvard Medical School and a staff psychiatrist at Massachusetts General Hospital. “We looked across the entire genetic profile of the subjects and found these 15 loci.”

Just what the researchers will do with those loci now that they’ve found them is uncertain. In the short term, it might be possible to use the new information to refine the existing way depression is treated—developing more finely targeted drugs to adjust neurotransmitters in more precisely targeted ways, say. But the more ambitious goal is to try to stop depression before it even gets to the point that it needs to be treated.

That could mean identifying at-risk people long before the onset of the disease and pharmaceutically targeting the proteins that the anomalous genes produce. It might also mean—in theory at least—intervening in utero, while the brain is still developing, an approach the investigators don’t rule out, but that clearly would be far down the investigatory line.

“Our findings are just a starting point,” says Winslow. “We’ve been dominated by decades of dogma about how we treat depression. The hope is this can lead to a novel understanding of the disease.” That, in turn, could lead to novel ways to defeat it at last. 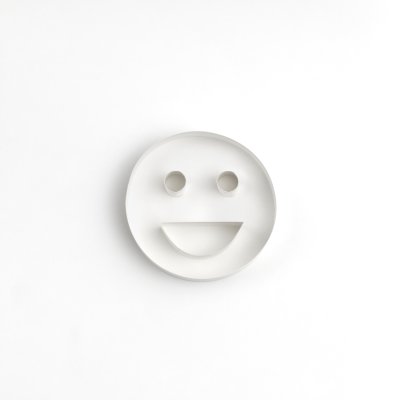 The Fun Way to Easily Improve Your Life, Backed by Research
Next Up: Editor's Pick