Disney World’s Star Wars exhibit is under the protection of the First Order, so when faction leader Kylo Ren shows up for an inspection, the Stormtroopers guarding the area give him his due—even without asking if he’s kind of short.

The video comes courtesy of William Denton, who captured his son Nicholas getting the Imperial treatment during a recent visit to the Star Wars Experience at Disney’s Hollywood Studios. In the clip, a tiny Ren, wearing his terrifying mask and toting his three-headed lightsaber, is given a full escort through Disney World by the trusty and loyal troopers taking him to meet the full-sized Ren for a photo op.

While the video was posted just after Star Wars Day (for the uninitiated, that’s May the Fourth) it re-emerged on Reddit yesterday, hopefully in the same way Luke Skywalker will re-emerge from his self-imposed exile in Episode VIII, the next installment of Star Wars franchise, to help Rey crush Ren and his First Order. 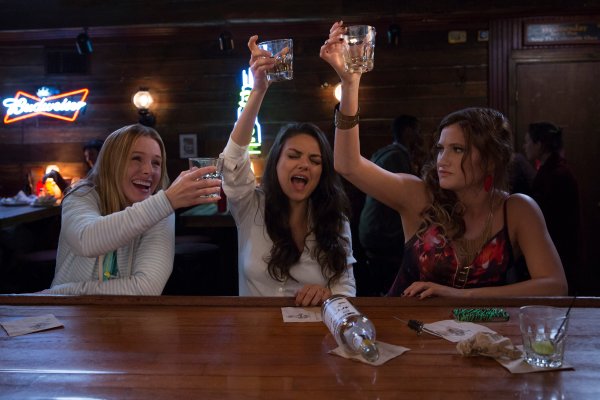 A Brief, Unfunny History of Bad Moms
Next Up: Editor's Pick