U.S. Military To Return 4,000 Hectares of Land on Okinawa to Japan

The U.S. military announced Friday that it will soon give back one-sixth of the land it occupies in Okinawa, marking the largest return of land since 1972 from its military base on the Japanese island.

American forces will return 4,000 hectares of land to Japan once the construction of new helipads has been completed, Reuters reports.

The move comes amid widespread protests against the U.S. presence on Okinawa, after an American civilian working on the base was arrested over the murder of a local woman. Protesters blocked further construction on the helipads, with work only resuming a week ago and sparking fresh demonstrations.

Although the land-return deal was agreed upon in 1996, the local agitations have prevented it from being carried out.

“We are respectful of the feelings of Okinawans that our footprint must be reduced,” Lieutenant General Lawrence D. Nicholson, the commander of U.S. troops on the island, said in a statement on Friday.

Read next: The Tense Relationship Between Japan and the U.S. Military

Nicholson had declared a 30-day mourning period after the murder and briefly instituted an alcohol ban on U.S. troops following the subsequent arrest of a sailor for drunk driving.

The U.S. currently houses 30,000 military personnel in Okinawa, one of the country’s main Asian hubs aimed at countering a rising China, and currently occupies about 20% of the island. 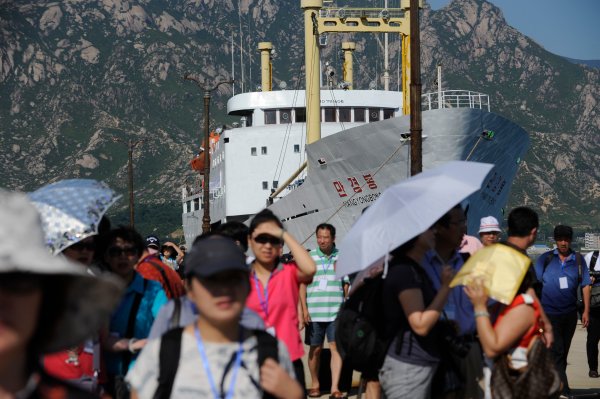