Twitter exploded with plagiarism jokes of varying degrees Thursday night when Ohio Congresswoman Joyce Beatty took to the stage at the Democratic National Convention in what appeared to be the same dress as one recently worn by Melania Trump.

Trump rocked out the $2,190 Roksanda design at the Republican National Convention last week in Ohio when she gave the, now infamous, plagiarized convention speech.

Speaking to NBC4, Beatty said that her husband had bought the dress and told her to wear it. “Now it’s blowing up all over the nation that it’s the same as Mrs. Trump’s, but I don’t know,” she said.

Nevertheless, Twitter users hopped on the chance to hash out who wore it better, dedicating enough characters to also make a jab at the former model’s gaffe. 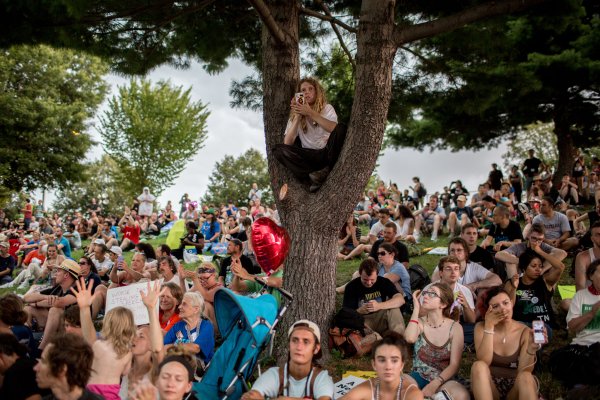 On the Fringes of the Democratic National Convention
Next Up: Editor's Pick