Democratic Women of the Senate Vouch for Clinton

In a move designed to highlight the first female nominee of a major party, 12 of the 14 Democratic women of the Senate took turns at the podium to describe Clinton as a strong leader and offer personal testimonials. Clinton represented New York State in the Senate from 2001 to 2009.

“Hillary Clinton knows how to fight back against dangerous loud-mouth bullies. For 25 years, she’s been on the receiving end of one attack after another, but she doesn’t back down,” said Massachusetts Senator Elizabeth Warren.

“We, the Democratic women of the Senate, we stand shoulder to shoulder with Hillary, resolved and ready to make her the next President of the United States of America,” said Senator Barbara Boxer.

The only Senate Democratic women who did not appear on stage were Senators Heidi Heitkamp of North Dakota and Dianne Feinstein of California. 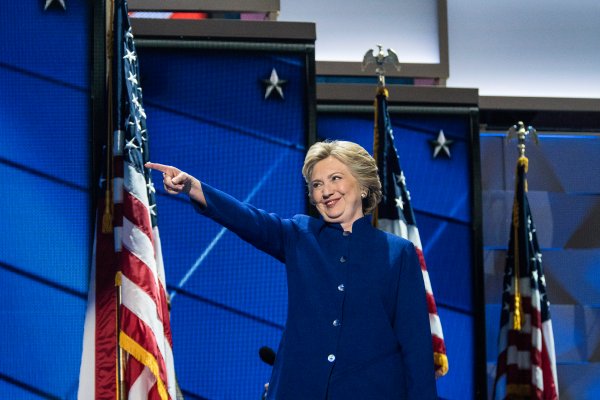 People Are Staying Up With Their Daughters to Watch Clinton
Next Up: Editor's Pick