In this undated file photo provided by the U.S. Army, Pfc. Chelsea Manning poses for a photo wearing a wig and lipstick.
Uncredited—AP
By Emma Ockerman

Chelsea Manning received a document from the Army stating that she could face “indefinite solitary confinement” following her suicide attempt earlier this month, the American Civil Liberties Union said in a press release Thursday.

The former Army private who is serving prison time for leaking classified documents to Wikileaks received a notice from Army officials Thursday saying she was being investigated “for serious new charges related to her July 5 attempt to take her own life,” and that if convicted, she could be placed in “indefinite solitary confinement,” in addition to reclassification into maximum security and an additional nine years in “medium custody,” the ACLU said.

A spokesperson for the U.S. Army could not immediately comment.

Manning was sentenced to 35 years of prison in 2013 after she gave hundreds of thousands of classified documents to WikiLeaks. The soldier legally dropped her former name, Bradley, in 2014, and was approved for hormone therapy in February of 2015 after she sued the federal government for access to the treatment.

The ACLU says that since she was first taken into custody in 2010, Manning has been “held in solitary confinement” and “denied medical treatment” for long stretches, due to her gender dysphoria.

The charges include “resisting the force cell move team,” “prohibited property,” and “conduct which threatens,” the ACLU says.

“It is deeply troubling that Chelsea is now being subjected to an investigation and possible punishment for her attempt to take her life,” Chase Strangio, staff attorney with the ACLU, said in the press release. “The government has long been aware of Chelsea’s distress associated with the denial of medical care related to her gender transition and yet delayed and denied the treatment recognized as necessary.” 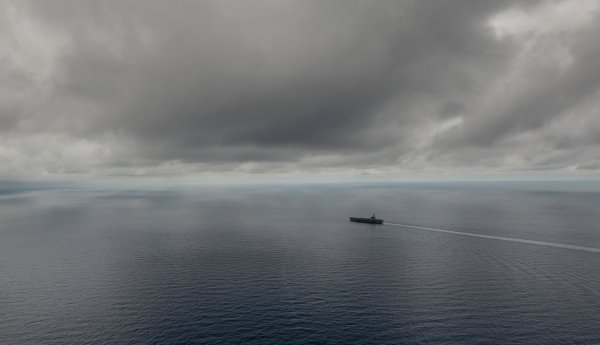 Showdown Now Looming Over the South China Sea
Next Up: Editor's Pick