During Taylor Swift’s annual Fourth of July extravaganza weekend, Cara Delevingne, Uzo Aduba and Ruby Rose tried to scare the wits out of HAIM and Kesha for fun.

On Wednesday night’s Late Late Show, Delevingne told James Corden their plot. After the HAIM sisters and Kesha spent the day binging on murder mysteries in “the creepy part of the house,” as Delevingne calls it, the model-actress and the Orange Is the New Black stars “haunted” the others at around 4 a.m. (Aduba used a flashlight and a speaker with creepy sound effects, and Delevingne was throwing herself against the floor.)

“It took a bit of a turn for the worse, they basically nearly called the police, which is funny because I love that you would call the police because you think there’s a ghost outside your house,” she says.

“Taylor and Tom weren’t there for the whole time, but they got woken up, and they came upstairs and Uzo was in the corner with the light in her hand holding a speaker.”

Where was the Night Manager actor on security detail?

“He was just peeing himself in the corner,” she says. Watch below. 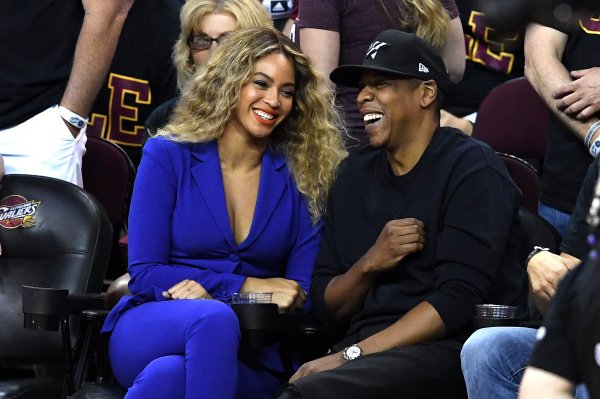 Jay Z Is the Ideal Instagram Husband Behind Beyoncé's Flawless Snaps
Next Up: Editor's Pick