In the weeks at the beginning of this year when Bernie Sanders was truly surging, I experienced an odd kind of political apathy. Most of my peers, age-wise, were very passionately for Sanders; an equal number of friends, acquaintances, my mom, stood firm in Hillary Clinton’s corner.

For a long time, I never actually felt pushed to decide between Bernie or Hillary because I never really had to. One of them would become the nominee, and I would whole-heartedly support whomever it was. Bernie or Hillary, I would vote for either without hesitation, and I also would be a little disappointed.

For the first time in our nation’s history, a woman is the presidential nominee of a major political party, and that makes me proud. I will fight for her; I will vote for her. But I will be sad that she is not Barack Obama.

I was not raised to be proud of my country. My parents were political outsiders, and I grew up believing that the government was corrupt, that all politicians lied, and that the FBI was watching our family. To be fair, these things were often true. I spent a lot of time tagging along to political demonstrations and non-violent anarchist rallies, and the first time I ever saw Washington D.C. was to protest the Bush inauguration when I was in elementary school. We stayed in somebody’s unheated basement and I got bronchitis.

In high school, I was the only person who didn’t stand during the Pledge of Allegiance each morning. My last school hadn’t done it, and it caught me off guard the first day, so I sat, and then decided I should just keep sitting, for the sake of consistency. I was always a little self-conscious about it, and sometimes I felt like I was making a scene for no reason. But it felt important that I stick to my principles, even if I wasn’t sure exactly what they were.

I was too young to vote for Obama the first time around, but I do remember that we all paused whatever we were doing in AP Chem to watch him become president. Over the last eight years, I have watched as Obama’s done what I can only presume to be his very best to dig us out of the economic hole he inherited. Our national deficit has gone down by $1 trillion under his tenure, even though people like to say it’s gone up. I have watched as he made our nation one of marriage equality; one that opened a relationship with Cuba; one that signed the Paris Agreement; took steps to end torture and end our presence in Iraq and Afghanistan; one that fights to raise the minimum wage and prevent immigrant families from being torn apart; one that tells people who need health care that they have a right to it. (In fact, I wouldn’t have health insurance if not for Barack Obama.)

Pretty much all of those achievements are imperfect. But they did happen, kind of miraculously when you think about it. And every time I watched him announce one of them for the first time, I felt myself believing this nation more and more to be an honorable one. Listening to him speak, I would think, this—this is the kind of country I want to live in.

I am deeply, unreservedly proud that Obama has been my president, the one I got to grow into an adult with. For the better part of a decade, I have been so awed by his tirelessness and his grace. He has made me proud to be an American. To borrow a line from John Irving, I am a patriot today because of Barack Obama.

No one would argue he’s made no mistakes, though the fact that that’s a critique we level against anyone, especially a president, is a little weird. The prospect of Guantanamo not closing makes me more nervous with each day it doesn’t close. There’s a whole lot to criticize about fracking and offshore drilling. Our involvement in Libya is a mess, and the drone war is agonizing from every angle. I could go on—we all could. But I’ve always been aware that, despite these things, I’ve been in the presence of a great leader.

Obama’s patience and eloquence in the face of his opposition is extraordinary—I can’t possibly conceive of the frustration he must have experienced as the GOP has demonized and tried to tear down his accomplishments. I’ve watched him address the nation more than a dozen times after a mass shooting, while Congress fed a racist backlash and stonewalled his efforts toward better gun control at every turn. No one is required to respond to racism with grace, except maybe a president. He’s retained the capacity to make us believe that America is something we can be proud of, that we live in a country that is great.

On Wednesday night, I watched Obama address the nation at the Democratic National Convention. “I am more optimistic about the future of America than ever before. How could I not be?” he asked. “After all that we’ve achieved together?”

In less than six months, I will watch him hand off the presidency to his successor and then walk off the stage for good, on his way to become a private citizen.

I just wanted to say thanks. 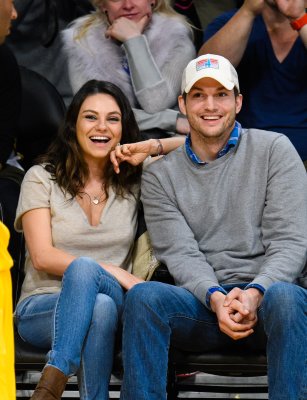