It was the most significant news conference in Baltimore in decades. Marilyn Mosby, the Baltimore City state’s attorney, stood on the steps of the city’s War Memorial Building on May 1, 2015, and announced that the six officers involved in the arrest of Freddie Gray, a black man who died in police custody, would be criminally charged, including one with second-degree murder.

That day, National Guard troops were still roaming the streets following riots not seen in this majority black city in half-a-century. Officials had struggled to maintain order in the days following Gray’s death. Businesses had been looted and set on fire. Police officers had been injured. But with one news conference, Mosby did what other officials could not: Give black residents who routinely complained of discrimination from law enforcement the hope that justice may be coming.

On Wednesday, that hope vanished. The Freddie Gray trials resulted in zero convictions more than a year after Mosby’s dramatic announcement of charges. Three officers have been acquitted, and the charges pending against three other officers were dropped this week.

For Mosby, the lack of any guilty verdicts comes after a dramatic rise that made her a national figure and a symbol of the Black Lives Matter movement. But her future in the city now is uncertain. While she still appears to have the support of black communities who cheered her decision to criminally charge Baltimore police, her critics said that coming away empty-handed proves she was too inexperienced for the job and rushed to judgment in charging the officers.

“There’s a vulnerability there, and it could play out in the next election,” said John Bullock, a Towson University political science professor. “Clearly she’s young and that was questioned by some. But at the same time, others will say that she did her best, she brought charges, and due to the justice system working the way it has, they didn’t get justice.”

There have been calls for Mosby to resign over her handling of the trials. A law professor has filed a complaint against Mosby in an attempt to get her disbarred in Maryland, and five of the officers charged have sued Mosby, alleging they were falsely arrested and imprisoned. In an interview with Baltimore’s WJZ, Mosby adamantly refused to step down.

“What I can say is that I was elected by the people of Baltimore City, and there’s no way—absolutely no way—that I will ever resign,” she said.

Mosby was elected state’s attorney in 2014 at age 34, becoming the youngest big-city top prosecutor in the U.S. After just months on the job, Gray died in police custody from a severe spinal injury after being arrested by Baltimore police, pushing Mosby into the national spotlight. Within weeks, her office had issued unprecedented criminal charges against the six officers involved in Gray’s arrest.

The charges quickly made Mosby a divisive figure, praised by black communities but criticized by police for appearing to side with protesters, especially after her statement that she had heard demonstrators’ calls of “no justice, no peace.”

Even with the lack of convictions, however, Mosby does not appear to have lost the support of black residents still angry over Gray’s fatal arrest. During Mosby’s brief remarks Wednesday in Sandtown-Winchester, the predominantly black neighborhood where Gray was arrested, the state’s attorney received vocal support from many nearby while Gray’s step-father said the family stands by her.

Baltimore political experts said they still expect Mosby to run for re-election in 2018, but she may be challenged in ways she wasn’t two years ago.

“I think she still has a future, but it’s not as bright,” said Matthew Crenson, a Johns Hopkins University political science professor, adding that it would be a “stretch” for Mosby to run for mayor or statewide office. “She has very little of a constituency outside of Baltimore.”

David Jaros, a University of Baltimore law professor, said Mosby’s political future may not hinge on the outcome of the Gray cases.

Mosby reached the state’s attorney’s office in part because she was able to get support from across the city in both white and black neighborhoods, said Bullock of Towson University. But after the trials, that will likely be much more difficult. “The question is whether neighborhoods that don’t look like Sandtown will still be responsive to her message,” he said. “But I believe her core supporters will be there.” 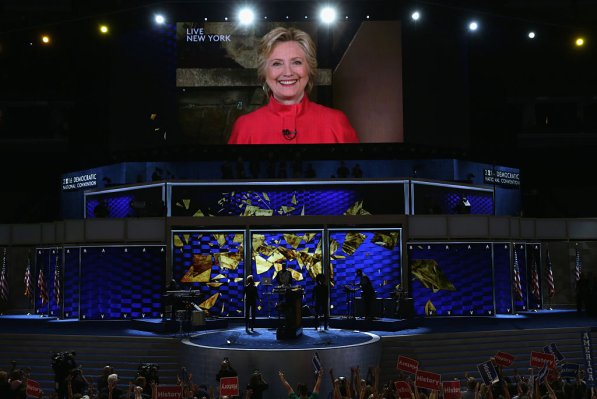