These Baby Rhinos Were Saved From Floods in India

A rescued infant rhino calf is transported to safety after being found by IFAW-WTI wildlife officials and volunteers in flood waters in the Sildubi area of the Bagori forest range of Kaziranga National Park in the northeastern Indian state of Assam. on July 27, 2016.
Subhamoy Bhattacharjee —International Fund for Animal Welfare / Wildlife Trust of India/AFP/Getty Images
By Rosalie Chan

Wildlife workers have rescued six baby rhinos from being swept away by floodwaters from torrential monsoon rains in India.

The floods began last week in the Assam state of northeastern India, displacing 1.2 million people and flooding parts of Kaziranga National Park, also in Assam. The park is home to the world’s largest population of one-horned rhinoceros, the Associated Press reports. On Thursday, wildlife workers used a cloth to cover the face of a rhino to prevent it from becoming alarmed as it was moved to a conservation center.

The rescued rhino calves are currently staying at the conservation center. They will be released back into the wild once the floodwaters recede. At least one rhino has drowned in the floods. 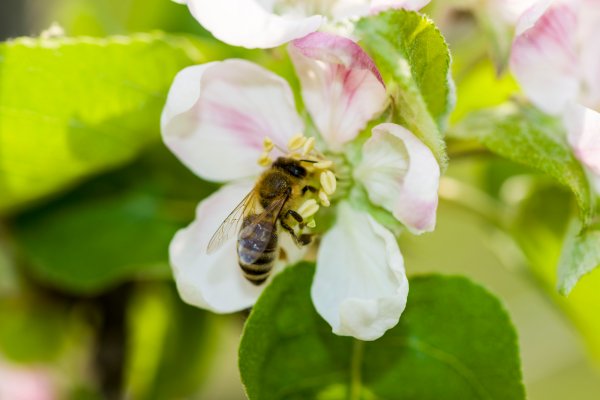 This Common Pesticide Is Reducing Sperm in Bees
Next Up: Editor's Pick