Democratic presidential candidate Hillary Clinton speaks at a rally in Entertainment Hall at the Florida State Fairgrounds in Tampa on July 22, 2016.
Andrew Harnik—AP
By Rana Foroohar

President Obama’s Democratic National Convention speech turned on optimism. Even in the midst of sluggish economic growth, he chose to shine a light on positive statistics like the drop in unemployment over the last few years, the rise in the stock market, and so on. Democrats in Philadelphia are understandably trying to draw a contrast with the Stygian mood of Republicans in Cleveland: Broadly positive usually trumps broadly negative. But Hillary Clinton, for the good of her campaign and the good of the electorate, should deliver a more nuanced message tonight.

Recent economic stats can be spun many ways. But the truth is that many Americans’ felt experience of our lackluster recovery is one of exclusion—gains may have been made, but not by them. The longest and weakest recovery in post-World War II history has yielded very little wage growth over the last eight years. And wages are perhaps the most immediately felt economic indicator for average citizens.

For Hillary to just say that the country needs to be strong together and continue the policies of the Obama years would leave a good chunk of potential voters in the cold, according to a survey conducted by liberal think tank the Roosevelt Institute and Democracy Corps, the research firm run by Stan Greenberg and James Carville. Their polling found that despite Donald Trump’s many blunders and lack of coherent economic policy solutions, “Democrats are on track to lose the debate over the economy with the public–even while leading in the race for the White House–just as public polling revealed President Obama had in 2012.”

Another major problem: The public’s starting point, perception wise, is that the economy is rigged. CEOs are taking home larger than ever paychecks even as their companies and employees are worse off for it. And the public, quite rightly, believes that Washington and Wall Street are in hock to each other. This perception taints both candidates, Hillary for her connection to her husband’s brand of corporate liberalism as well as her paid engagements with Wall Street, Trump for his status as a billionaire whose empire was fueled by debt. But while voters polled felt that Donald Trump may have used the rigged rules to enrich himself at the expense of workers, their top doubt about Hillary is that she may actually have profited from the rigged economy as part of “a political elite that has gotten rich selling access.”

This state of affairs is bad news for Clinton. Particularly given her campaign’s need to bring economically beleaguered millennials and minorities, who don’t respond as well as other groups to optimistic economic messaging, out to vote. So how should she combat this perception going into the general election?

Roosevelt is pushing a progressive economic line that combines the “stronger together” message with the need to “rewrite the rules,” per its widely read report of the same name. The ultimate goal is to create more shared prosperity. That includes focusing more effectively and convincingly on things like corporate governance and financial reform, trade policy, labor rights, wages, and how race leads to economic inequalities. The survey finds that the very groups Clinton must court actually respond better to the more nuanced messaging. The idea that there’s still economic work to do, no surprise, resonates more with their felt experience.

That certainly seemed to be the case on the opening night of the convention, as weeping young delegates said goodbye to Bernie. Clinton still needs to reach them where they are economically if she wants to win. 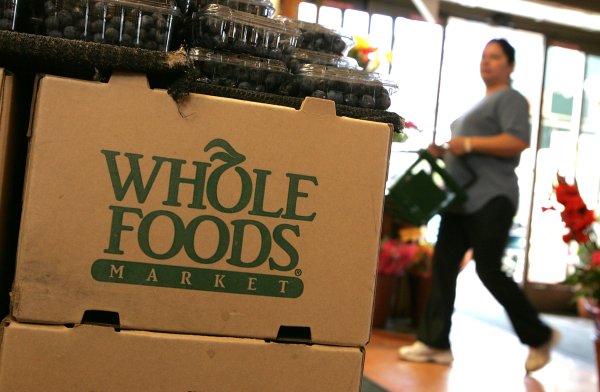