Digital media has become the 21st-century politicians best friend. Twitter is the prom queen of the 2016 presidential campaign, thanks in large part to Republican presidential nominee Donald Trump’s fondness for the platform, but Snapchat, Facebook, and Instagram have also become just as integral to political campaigns as TV appearances and press releases.

And while social media platforms have gotten most of the attention, there’s one site that’s become an overwhelmingly popular way for politicos to get their message out: Medium.

You might not have heard of Medium, but you’ve probably visited the site without knowing it. The blogging platform, which launched in 2012, is focused on one thing: providing a beautiful, custom way to present text to an audience. That simple focus has convinced political stars from Hillary Clinton to Sen. Chuck Schumer to start making major use of it.

When Clinton wanted to explain the reasons behind her selection of Sen. Tim Kaine as her VP pick, she posted it on Medium. When the White House released the text of Obama’s 2016 State of the Union Address, they published it on Medium before the president started to speak. Throughout both the Republican and Democratic National Conventions, Medium has been a hub for speeches and in depth behind-the-scenes looks at the event. During the GOP convention, the Republican National Committee was the site’s most popular section. For its part, the Democratic National Committee has been using the site to give an inside look at the convention. Want to read the text of a speech or learn about a delegate? It’s right on their page. “We’re here to share stories and every platform has an audience,” says Kelli Klein, the Digital Director at the DNC for 2016.

Medium may not be the largest social media platform—the site gets 25 million monthly uniques— but packs a punch. Matt Higginson, the head of politics and government affairs at Medium, says the platform offers politicians the intimacy our soundbite culture shuns, which helps it attract a more influential readership. “Conversation in particular seems to be something that no one really crafts well,” he told TIME. “The right audience is more important than the biggest audience.”

The platform easily lends itself to lengthy, text heavy posts—perfect for press releases. But Higginson says he urges members to shy away from using it that way. “Some members have seen Medium as a way to do a better version of what a press release could be,” he says. “But I spent a lot of time telling members that people aren’t reading their press releases because they’re boring, they’re benign.”

The White House has been a fan of the site for some time, often using Medium to share information while circumventing the news media. The layout of the site makes it easier for politicians to break their own news and control their own message. Higginson admits the platform can be used in this way, but says the company isn’t encouraging members and politicians to use the site as their exclusive communication platform. He also pushes back against concerns that Medium can create too much separation from politicians and those who hold them accountable, saying that says watchdog groups can use the site alongside government figures to provide additional context and criticism. “We don’t see Medium as keeping people from poking holes in politicians narratives,” Higginson said.

Medium can indeed be a tool to push back against the spin, but it’s also part of a larger trend toward more direct interaction between politicians and their constituents. In an era when politicos make a point of denigrating the media, the site provides another way for them to speak to voters without a filter. Whether that’s good or bad depends on who you trust—or distrust—most. 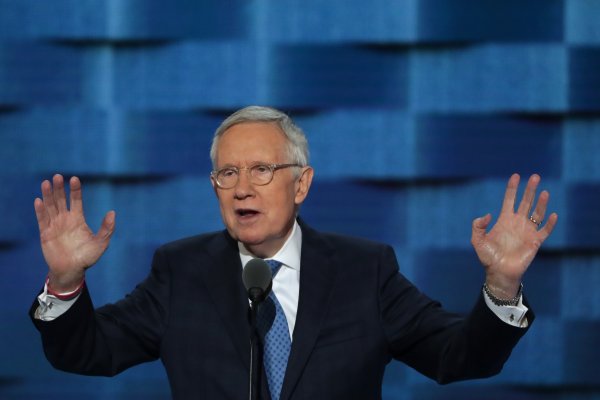