The question posed by an army captain in the first moments of the trailer for Hacksaw Ridge—”Who the hell is Private Doss?”—is a totally valid one. Director Mel Gibson aims to answer it with his new movie—and if ever a guy deserved a major Hollywood production about his life story, it’s Desmond Doss, a conscientious objector who served in World War II as a medic and, without ever firing a bullet, rescued dozens of his comrades.

The film follows Doss (played by Andrew Garfield) from his childhood in the Blue Ridge Mountains with an abusive father to his army training (under the command of Vince Vaughn‘s wisecracking sergeant) to the battlefield on Okinawa. His love story with a local nurse (because Hollywood) and his Christian faith (because Mel Gibson) feature prominently.

Despite mixed public opinion in the wake of a rash of bad publicity, Gibson is still considered by many to be a director worth watching, and the awards-season buzz for Hacksaw Ridge began long before the trailer hit Thursday morning. The movie will have a run at fall film festivals before it hits theaters on Nov. 4. 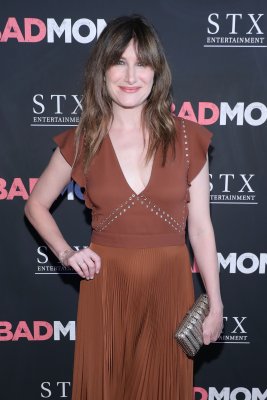 Kathryn Hahn Just Wants You to Stop Judging Yourself
Next Up: Editor's Pick