On Tuesday, Glamour Editor-in-Chief Cindi Leive brought up Ivanka Trump’s recent comments about the various ways her father would be good for women during a Facebook Live event with Chelsea Clinton. Leive asked Clinton to respond with a question for her long-time friend, whereupon Clinton asked what probably any of us in her place would have: How?

“Given it’s not something that he has spoken about, there are no policies on any of those fronts that you just mentioned on his website—not last week, not this week,” the former First Daughter continued. “So I think the ‘How?’ question is super important. In politics as it is in life.”

For many of us without a ton of friends on the other side of the political spectrum—at least not in the aisle-crossing way of Ruth Bader Ginsburg and the late Antonin Scalia, who famously did things like vacation together—it’s hard to fathom how such relationships survive. The longstanding accord between Ivanka Trump and Chelsea Clinton is one of the most famous bipartisan friendships of our time. The fact that they’ve been apparently able to maintain that friendship throughout this past year is frankly astounding, and you’d have to think it puts a strain on things.

The two women developed their friendship over the last decade or so as their famous parents continually crossed paths—the Clintons attended Donald Trump’s wedding to current wife Melania in 2005, and the two families have appeared at a number of the same events in the years since. Ivanka and Chelsea—both of whom are in their mid-thirties and have young children—have each spoken variously about their admiration for the other, and how they’ve been able to reconcile that friendliness with continual support of their respective parents. We very much hope the rest of this election cycle doesn’t change that. 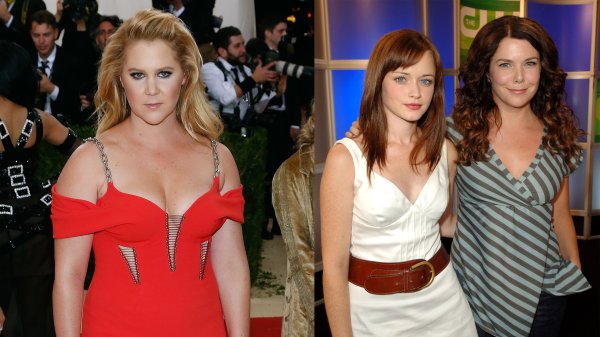 Amy Schumer and the Gilmore Girls are Going to be Friends
Next Up: Editor's Pick