An Indonesian policeman stands guard at the entrance gate to Nusakambangan prison, ahead of a third round of drug executions on July 28, 2016 in Cilacap, Central Java, Indonesia.
Ulet Ifansasti—Getty Images
By Casey Quackenbush

The families of the 14 prisoners on death row in Indonesia have been told to prepare for executions, which will reportedly go ahead Thursday night.

The inmates, believed to be four Indonesians, six Nigerians, two Zimbabweans, one Indian and one Pakistani, are currently being held at Nusa Kambangan prison island, the Guardian reports. Fourteen coffins arrived at the prison earlier on Thursday.

The priest of convicted former Indonesian migrant worker Merri Utami, “was told to prepare for tonight,” said her lawyer Ricky Gunawan. All of the prisoners, which include 13 men and one woman, were convicted of drug offenses.

Despite several clemency appeals and diplomatic efforts from relevant governments, Muhammad Rum, a spokesman for Indonesia’s attorney general said the executions would go ahead. “They all have been given chances at all stages,” he said.

Indonesia on Thursday rebuffed appeals from the U.N. human rights chief and the European Union to halt the executions, according to the Associated Press. The E.U. called on Indonesia’s President Joko “Jokowi” Widodo to “consider joining the wide community of over 140 states that have abolished the death penalty entirely or have adopted a moratorium.”

Human rights groups have documented alleged abuses suffered by those on death row, including forced confessions, torture and beatings.

“I think this shows a systematic and blatant disregard and violation of the Indonesian laws,” said Gunawan, “particularly on clemency and rules of execution.” 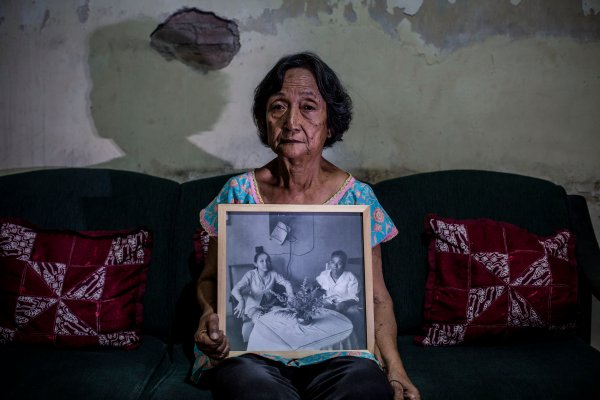 Indonesia's Mass Killings of 1965 Were Crimes Against Humanity, International Judges Say
Next Up: Editor's Pick