A new “campus carry” law in Texas, which will generally allow people at the state’s public universities to carry concealed handguns in campus buildings, goes into effect on Monday. The timing is eerily coincidental.

On that same date fifty years ago—Aug. 1, 1966—Charles Whitman, a 25-year-old engineering student at the University of Texas at Austin, lugged several guns up to the observation deck of the limestone tower that soars 307 ft. above campus and starting shooting at people below. He killed more than a dozen people and wounded 31 over 96 minutes before being shot dead by police in what TIME described back then as “the worst mass murder in recent U.S. history.”

The magazine’s Aug. 12 cover story, “Madman in the Tower,” offered a disturbingly detailed play-by-play of the sniper attacks:

Whitman also killed his wife and mother before getting to the school, leaving notes that explained he didn’t want his wife to have to “face the embarrassment that my actions will surely cause her” and that he wanted to put his mother “out of her pain and misery,” perhaps an allusion to Whitman’s father, who physically abused her. The motivation for the shooting, however, would remain a mystery.

Four months prior to the murders, when he told a campus psychiatrist that he was “thinking about going up on the tower with a deer rifle and start to shoot people,” he was told to come back in a week. Whitman didn’t, though he noted in one of his farewell notes that he hoped an autopsy would be performed on him “to see if there’s any mental disorders.”

Despite the decades that have passed since then, TIME’s coverage of the shooting may seem familiar to 21st century readers. In “The Symptoms of Mass Murder,” TIME reporters interviewed 40 psychiatrists and psychologists on how to spot warning signs. The story “A Gun-Toting Nation” talks about how Americans “own more guns than any other people” — a fact that’s still true according to a TIME round-up of gun use in America after the 2016 Orlando nightclub shooting.

Americans in the 1960s were sadly accustomed to public violence. Texas had been the scene, just a few years earlier, of the murder of a president. But this time they were seeing it unfold in a new way that may have made it resonate differently or seem more shocking. The Whitman shooting has been described as one of the first examples of mass media coverage of a mass shooting.

“It was notable for being the first American mass shooting of the television era, when families sat around TV sets in the evening sharing the news together,” says Bruce Shapiro, Executive Director of the Dart Center for Journalism and Trauma at the Columbia University Graduate School of Journalism.

An Austin TV and radio station called KTBC first broadcast the news only about five minutes into Whitman’s shooting spree, per TIME, and that station was affiliated with the major broadcast networks (of which there were only three at the time). That meant that the whole nation could get KTBC coverage—including a live telecast from nearby—of the event. “Warnings to stay away and pleas for blood peppered [the reporter’s] running account,” TIME explained. “Photographer-Reporter John Thawley abandoned his camera and raced out to help rescue wounded victims while bullets spattered around him. He was not hit. (The only newsman who was: A.P.’s Robert Heard, shot in the left shoulder.) Meanwhile the story was prompting calls to KTBC from as far away as Canada requesting brief radio reports.”

Steven Gorelick, criminologist and lecturer in Media Studies at Hunter College of The City University of New York, says the news-gathering operation described above marks “the dawn of what would become the age of the great echo chamber,” meaning today’s 24/7 cable news channels and social media networks.

But, symmetry with today aside, some things really were different in 1966. In particular, says Gorelick, the experience of consuming all of this bad news was very different.

“It’s easier today than it was in ’66 to think that humanity is under siege,” he says, explaining that the limited number of news sources available in the 1960s—generally the paper in the morning and network television in the evening—meant that there was less of that “echo chamber” effect. As a result, people got to digest what they were hearing, often in groups. “There were moments to think about what had happened.” 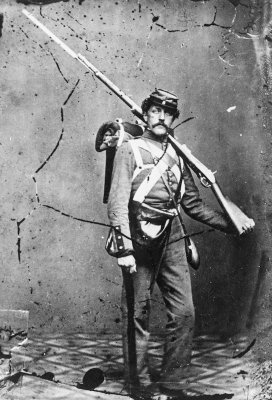 When the NRA Supported Gun Control
Next Up: Editor's Pick