Artificial intelligence has evolved enough that it can now take care of daily chores, drive a car, function as a trusty shopping buddy, and… write a screenplay?

Impossible Things, an independent horror film project from Greenlight Essentials’ Jack Zhang, was reportedly produced (in part) by an augmented intelligence software tool which analyzes audience response data to help writers craft plot points that connect with viewer demand. The result is Impossible Things, a project billed by its creators as “the scariest and creepiest horror film out there.” The software co-wrote the film’s script.

AI also helped the filmmakers target a calculated demographic by packing a “specific” trailer with key scenes and developing “perfect” plot twists for Impossible Things’ plot, which tells the story of a grieving mother who, after the death of her young daugther, succumbs to a sever case of supernaturally-induced insanity.

“A little over 85 percent of movies made today don’t make a profit in box office, which is the result of a mismatch between the movies being produced and audiences’ tastes,” Zhang said of the film, which his AI predicts will be most popular with women under the age of 25, via press release. “We used [AI] to generate the premise and the key plot points of the film. Before a single word was written, our AI told us that if we wanted to match audience taste, we needed to make a horror film that featured both ghost and family relationships, and that a piano scene and a bathtub scene would need to be used in the movie trailer to increase the likelihood that our target audience would like it.”

Before hopeful screenwriters ask Siri to help finish those pages they’ve been putting off, however, know that Zhang spent over five years working on the complex, patent-pending data analytics process used in the creation of Impossible Things. He’s currently seeking $22,843 on Kickstarter to help release the project, and plans to reward backers with perks for contributing, including digital copies of the script, HD editions of the film, t-shirts, associate producer credits on IMDb, premiere tickets, and “mysterious props” used during the filming of the movie.

Watch the creepy trailer for Impossible Things in the video above, and check out Zhang’s Kickstarter page for the project here. 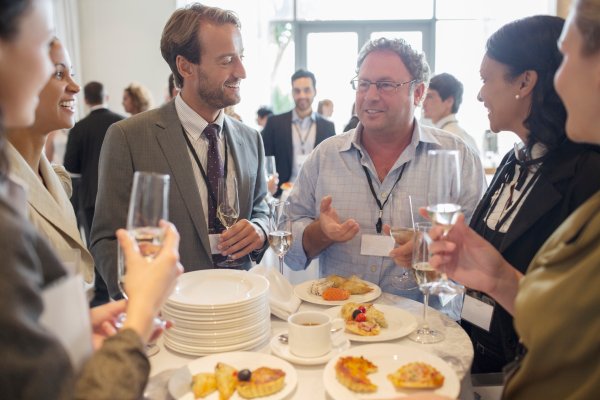 Why You're Bad at Small Talk
Next Up: Editor's Pick