Get ready to meet some new characters in the Star Wars universe—and hopefully all of them will be more welcome additions than Jar Jar Binks.

LucasFilm President Kathleen Kennedy answered a few pointed questions about the movie on the Star Wars Celebration red carpet. Apparntely Rogue One will lead directly into the original Star Wars story, A New Hope she told Extra. However, don’t expect to see Anakin Skywalker or a young Han Solo make an appearance in the film. Kennedy said that the new movie is a “separate story” and will have “a completely new and separate set of characters.”

Kennedy went on to debunk rumors that Hayden Christiansen, who played Anakin Skywalker in the Star Wars prequels, is making an appearance in Rogue One, and neither is a young Han Solo, which was seconded by director Gareth Edwards.

Here are seven things we do know about Rogue One, and why not watch the new trailer on repeat until Rogue One opens in theaters December 16. 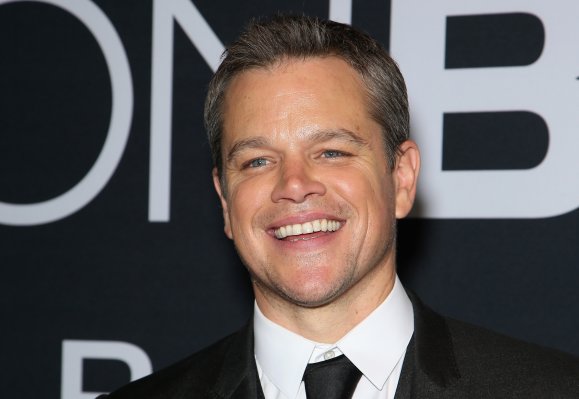 Matt Damon Is Definitely Interested In Making a 'Rounders 2'
Next Up: Editor's Pick