A group of celebrities performed an a cappella version of Hillary Clinton’s campaign song for a video showed at the Democratic national convention Tuesday night, though it was not exactly pitch perfect.

Introduced by actress Elizabeth Banks, who also hosted the second night of the convention, the three-minute video featured actors and musicians—not all of whom could hit the notes exactly—performing Rachel Platten’s “Fight Song,” a popular pop song adopted by the Clinton campaign at its rallies.

The video drew on Banks’ role in the a cappella “Pitch Perfect” movies while referencing the popular will.i.am-produced “Yes We Can” video from 2008 featuring celebrities singing along to a Barack Obama speech.

Here are some other celebrities in the video: 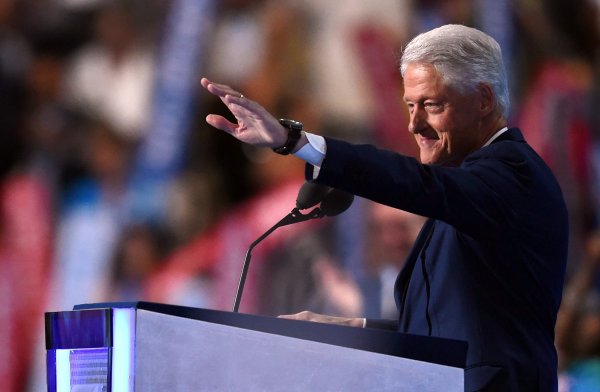 Bill Clinton Has Spoken Over 35,000 Words at Conventions
Next Up: Editor's Pick