Watch Bernie Sanders' Brother Cast an Emotional Vote for Him

Larry Sanders spoke through tears as he cast his vote for his younger brother Bernie Tuesday night at the Democratic National Convention.

He spoke of their parents, Eli and Dorothy Sanders, as he cast a vote as a delegate of Democrats Abroad.

“They did not have easy lives and they died young,” Larry Sanders said as the Vermont Senator looked on and cried. “They loved the New Deal of Franklin Roosevelt and would be especially proud that Bernard is renewing that vision. It is with enormous pride that I cast my vote for Bernie Sanders.”

Cameras showed Bernie and his wife, Jane, tearing up while the crowd roared in approval of Larry’s tribute. 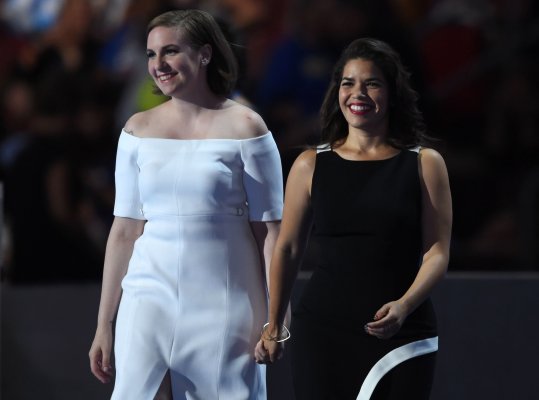 Read What America Ferrara and Lena Dunham Said At The Democratic Convention
Next Up: Editor's Pick