Amar’e Stoudemire on Tuesday announced that he will retire from the NBA as a player for the Knicks after signing with the New York team in his final contract in the league.

The six-time All-Star first signed with the Knicks in 2010 and was waived by the team in 2015. He had asked the team’s management permission to retire as a Knick, the NBA said in a news release.

“Although my career has taken me to other places around the country, my heart had always remained in the Big Apple,” Stoudemire, 33, said in a statement. “Once a Knick, always a Knick.”

The power forward averaged 18.9 points and 7.8 rebounds in 846 career games he played in 14 NBA seasons for Phoenix, New York, Dallas and Miami.

He learned to play organized basketball at age 14, “which changed his life forever,” according to his website. 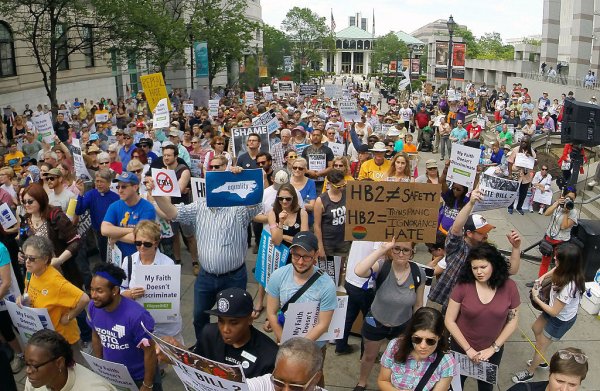 The NBA Took the All-Star Game Away From Charlotte. Here's Why It Matters
Next Up: Editor's Pick