This Is the Most Alarming Number in Apple's Earnings Report

Apple Store employees cheer during the grand opening of an Apple Store in Jiefangbei, Yuzhong District on January 31, 2015 in Chongqing, Sichuan province of China.
VCG—VCG via Getty Images
By Alex Fitzpatrick

Apple shares are up about 5% in after-hours trading Tuesday after the company beat Wall Street’s (admittedly low) expectations for the second quarter of 2016.

Let’s put aside for a moment that Apple’s quarterly profit is down 27%, that iPhone revenue is down 23%, and that unit sales of the iPhone, iPad and Mac lineups are all down. (iPad revenue is actually up 9%, it should be noted.) For Apple, the most alarming numbers are coming from China.

Apple’s revenue in China is down 33% year-over-year, the company says. (That’s actually “Greater China,” which also includes Hong Kong and Taiwan.) China had been Apple’s second-biggest market in terms of revenue, but the drop-off was enough to allow Europe to reclaim that spot for the first time since early last year.

Why is Apple struggling in China? First and foremost, its expensive iPhones are facing competition from increasingly capable and cheaper handsets from local manufacturers like Huawei and Xiaomi. The Chinese government, meanwhile, has been making life difficult for the Cupertino tech giant, banning services like book and movie sales. (A patent battle hasn’t eased the headache.)

That sales ban is particularly problematic for Apple. Facing slowing hardware sales, Apple CEO Tim Cook has increasingly been trying to convince the world to view his company as a provider of services. Indeed, Apple’s services category, which includes things like music and app sales, is once again a bright spot of Apple’s earnings report, with revenue up 19%. But if Apple can’t count on making services money in China, that narrative becomes a harder sell. 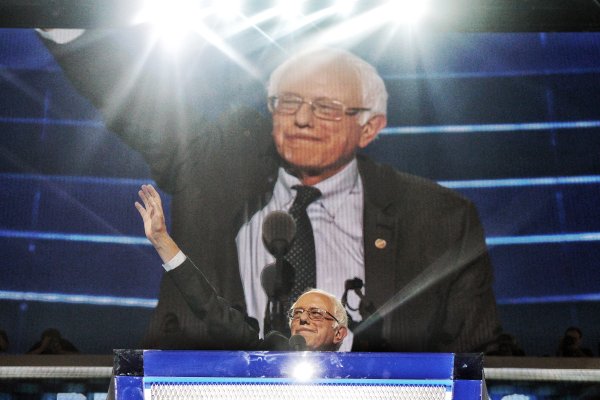 What Bernie Sanders Accomplished. And What He's Left Unfinished
Next Up: Editor's Pick