Two former presidents, a former Speaker of the House, a former Attorney General, a New York Senator who served alongside Hillary Clinton and two actresses are speaking on the second night of the Democratic convention.

Here’s a look at the lineup of speakers Tuesday:

The 39th U.S. President will appear in a prerecorded video. Carter, a former Georgia governor, was president in the late 1970s, losing to Ronald Reagan in 1980. He was awarded the Nobel Peace Prize in 2002 for the humanitarian work he committed his life to following his presidency. Carter announced last year he is battling cancer.

The first female Speaker of the House, Pelosi is likely to touch on the significance of Clinton being the first female major party nominee for President. Pelosi is the Democratic minority leader in the House and represents San Francisco. She was recently in the news for holding a sit-in with fellow Democrats in an attempt to force House Republicans to hold a vote on gun control legislation.

House Minority Leader Nancy Pelosi (D-CA) speaks to the media during her weekly news conference at the US Capitol on May 19, 2016 in Washington, DC.
(Mark Wilson—Getty Images)

The Latina actress who first came to fame in the television show “Ugly Betty” has not minced words about her feelings on this year’s presidential election. Earlier this month, she said Donald Trump’s comments about immigrants “will serve brilliantly to energize Latino voters and increase turnout on Election Day against you.”

Schumer will likely take over leadership of the Senate Democrats when Harry Reid resigns at the end of this term. A long-time New York Senator, Schumer is known for pushing for tighter gun laws and being heavily involved in Democratic party politics.

Streep has appeared in a number of versatile roles for more than thirty years. She has won three Academy Awards and been nominated 19 times. Streep frequently speaks out about sexism and political issues. Last month, she dressed up as Donald Trump and impersonated him in New York City.

Barack Obama’s attorney general for six years and the first African-American to hold the office, Holder will give a primetime address at the convention. Holder’s administration of the Justice Department was notable in many ways. He defended U.S. drone strikes, fought to preserve the Voting Rights Act, directed federal lawyers to not focus on state-permitted marijuana activities and sparred often with Congress. Since leaving office, Holder has returned to working at a private law firm.

Other Tuesday speakers include: 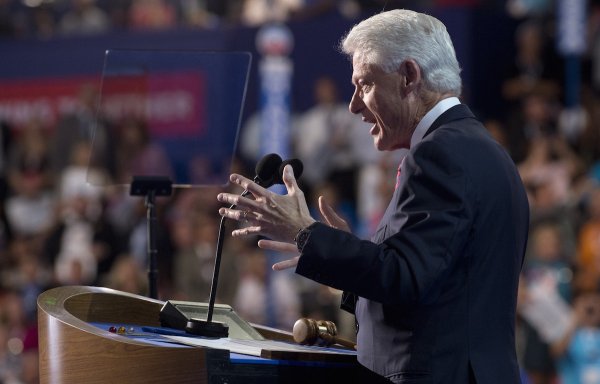