Here's the Latest Rumor About Nintendo's Next Console

Nintendo’s ultra-secretive NX console could be quite different from the tethered devices you might have sitting under your television right now, according to a new report.

Nintendo’s next console will be a portable device featuring a docking station for users to continue playing games while home, video game site Eurogamer is reporting, citing sources. The console, which the site’s sources say will be a handheld, will also come with its own display and button-based controller units on the side. Those button-based controller units will be detachable from the left and right sides of the device, according to the report.

While Nintendo hasn’t shared much about its plans for the NX, the company did say that it would unveil a new concept to the traditional gaming market. It also said the device will launch in March.

Given the state of the console market, one would be forgiven for thinking the NX won’t come with any of the features touted by Eurogamer’s sources. After all, the console market’s most successful devices—Sony’s PlayStation 4 and Microsoft’s Xbox One—are traditional consoles that need to be plugged into a wall outlet for power and connect to televisions with an HDMI cable. Even Nintendo’s Wii U, which has been overshadowed by its competitors, has the same tether.

Nintendo, however, has in the past changed home gaming in major ways. The Wii, for instance, presented gamers with movement and balance boards that caught fire. Nintendo also tried out virtual-reality gaming long before it became a popular technology. The company trying something entirely different with the NX isn’t necessarily so far-fetched.Still, there are several questions. Both Sony and Microsoft next year are planning new, high-end consoles that are likely to deliver better graphical capabilities than anything a portable console could deliver. Whether the NX touted by Eurogamer could keep pace is unknown. It’s also unknown whether gamers who are already playing games on their smartphones and tablets really want to buy a new console that effectively allows them to do the same thing as their smartphone counterparts with one added benefit: The ability to dock it and continue playing titles on a television.

But the sources’ claims become yet more vexing. According to Eurogamer’s sources, the NX will go back in time and nix the now-ubiquitous disc-based game media for cartridges. The device will also run on mobile processors, which means it likely won’t be able to match the power in upcoming consoles from Microsoft and Sony, and will not be backward compatible with Wii U games consumers have already purchased.

The NX, in other words, will be a complete departure from traditional game consoles and from Nintendo’s own strategies of the past, according to Eurogamer’s sources. The whole idea, the sources say, is for gamers to be able to take their games wherever they go.

But the question remains: Will they want to?

Nintendo did not immediately respond to a request for comment. The company plans to announce NX details sometime later this year. 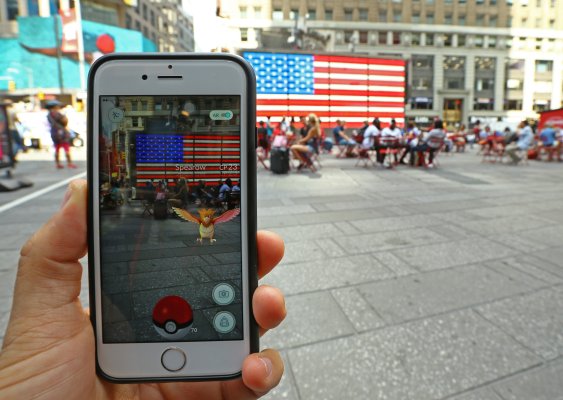 Pokéstops Are Disappearing From Controversial Locations
Next Up: Editor's Pick