Review: Equity Explores the Stresses of Wall Street From a Woman's Point of View

You don’t need to be a woman working in finance to get a shivery thrill—and possibly a few chills—from watching Equity, a modestly scaled but perceptive drama about an investment banker who just happens to be a woman. There are so few movies about women in the workplace, particularly believable stories about ambitious women in competitive fields: Often these women appear only as minor characters—they’re presented as bitchy comic relief, or treated like strange, harsh specimens you don’t really want to get too close to, creatures who are trying to be like men and simply failing. When they’re lead characters—like, say, Anne Hathaway’s adorable, bicycle-riding fashion exec in The Intern—they’re cartoon people in groovy fields, accompanied by the standard accouterments of small children, cozy but astronomically expensive Brooklyn brownstones, and husbands who are at least seemingly supportive. These cardboard-cute women are stressed out by trying to have it all, which supposedly makes them more human, though not necessarily less annoying.

But in Equity, Naomi Bishop (Breaking Bad’s Anna Gunn) isn’t even trying to have it all: She likes money, she loves her work, and sometimes people are OK too—sensibly, she knows how much “all” she can handle. Naomi is a fortyish Wall Street hotshot whose specialty is bringing Silicon Valley startups public, shepherding them through the bumpy terrain along the way to their initial public offerings. She’s great at what she does, but she’s had a recent stumble, and it’s reported on the financial-news networks less as a piece of news than as a personal critique, as if she’d jinxed the deal by wearing the wrong clothes or having too many bad hair days—or by not being “approachable” or “likable” enough. You’d think she was trying to run for president.

Big changes at Naomi’s firm mean she’s poised for the top job there, but first she’ll have to land one stellar deal, the IPO of a hot social-media company. Naomi knows what she’s doing, but potential saboteurs lurk everywhere: She confides certain things to her casual boyfriend (James Purefoy), a broker who works in another division of her firm, though she knows better than to trust him with too many work-related secrets. She reconnects with a college friend (Alysia Reiner, of Orange Is the New Black), who just happens to be working for the Justice Department, investigating white-collar crime. But Naomi’s relationship with her second-in-command, Erin (Sarah Megan Thomas, who also conceived the story) is the most complex of all: The hyper-ambitious Erin is strung so tight her body appears to be all bones and tendons—it’s as if her desire to succeed is practically breaking through her skin. Naomi wants success for her too, partly because she needs the younger woman’s skills—and, to a degree, her very youth—to navigate this extremely tricky deal. But Naomi also wants Erin to do well just on principle: She’s the kind of person who notices and nurtures the talent coming up behind her, and she’s self-assured enough to try to help without feeling threatened herself.

None of that is ever spelled out in Equity—the movie is too smart for that. The picture works only passably as a story about corporate intrigue and backstabbing—some of it scenarios feel a little stagey—but it’s fascinating as one view of what it’s like to be a woman working in what is still, in so many ways, a man’s world. This isn’t a cautionary tale, and thank God for that. Director Meera Menon and screenwriter Amy Fox never stoop to the “She’s successful, but look at how empty her life is!” approach. (The picture was also, incidentally, bankrolled by women, many of whom work in finance themselves.) And as Gunn plays her, Naomi comes off as intensely human, not as your stock, career-obsessed robotron. In her work, Naomi mostly uses her head. But her heart and her gut instincts come into play too, and she doesn’t deny them—in fact, they’re probably half the key to her success. Gunn isn’t afraid to show how unlikable, and occasionally unreasonable, Naomi can be: When she warns Erin not to become too messily involved with a crucial client, her voice betrays a touch of condescension. She’s also dead right. Gunn makes even the movie’s small moments matter. Unnerved by a development that could crash her whole career, Naomi does what so many women, and probably men, do when things get hairy: She turns to stress eating, mindlessly shoveling spoonfuls of something-or-other into her mouth. The moment is so unguarded, so trancelike, that you almost feel like a voyeur.

But why else go to the movies, if not to peer into other people’s lives and see bits of ourselves? Aside from thrillers about corporate corruption, or mundane stories about burned-out (mostly male) executives who throw it all away in search of some dubious happiness, the whole idea of how work shapes and affects us is underexplored in the movies—particularly from the point of view of a childless woman who isn’t trying to juggle it all, but who still finds she’s juggling plenty. You don’t have to be a woman who’s worked on Wall Street to connect with Equity. Just having worked is enough. 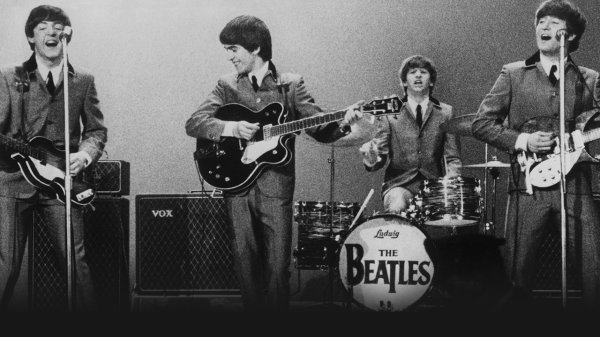 Watch the Beatles Inspire Mania in the Trailer for Ron Howard's Fab Four Documentary
Next Up: Editor's Pick