Erykah Badu Is Giving Hilarious Palm Readings on the Internet

Erykah Badu, reigning queen of neo soul, has been giving a bunch of people palm readings on Twitter.

It all started when one fan took to Twitter to request a palm reading, and the singer was like, “take a pic of it and let us see.”

Since then, she’s been telling everybody what she sees in their hands with a series of palm reading tweets. Some could be interpreted as earnest fortune tellings, like when she told one fan, “you are already very rich inside. Play your drum and the Angels always hear your song. Let yourself love again.” But how deep do Badu’s psychic gifts go? Maybe not all that far because her best tweets are the sarcastic, timely ones, which make it pretty clear the singer’s just having fun with fans. According to Badu, one fan will “find the first gay Pokémon.”

Back in March 2015, Tony Leggett, a palm reader by trade, called out Badu’s abilities in a video about her hands. “She has psychic hands, with potential,” he said. “Long fingers and long palms show that there’s a spiritual connection somewhere down the line.”

Good thing she is using her spiritual connection to muse about how this one guy can and will make it out of the friend zone.

See some of the best hand readings by Badu below. 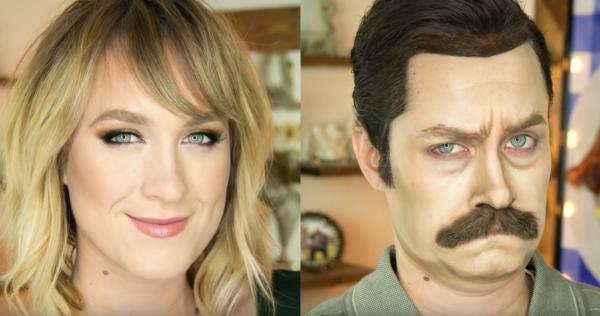 Watch a Makeup Artist Transform Herself Into Ron Swanson
Next Up: Editor's Pick