Samantha Bee has a lot to say about Fox News — specifically its former chairman Roger Ailes, who resigned last week in the midst of asexual harassment scandal.

The road to his departure began with a suit filed by former on-air personality Gretchen Carlson in early July. Then came reports that Fox anchor Megyn Kelly told the network’s investigators she was also harassed by Ailes earlier in her career.

“Congratulations, Roger — you finally achieved your ultimate fantasy: getting f—– by two gorgeous employees at the same time,” said Bee on Monday’s episode of Full Frontal.

Bee’s opinion of the network Ailes created is just as stinging.

“Now, for those of you who aren’t forced to watch it for your comedy jobs, Fox News is the only 24-hour news network to feature a strategically placed leg cam to showcase the most qualified body parts of its female contributors,” she said. “Plus, a daily women’s show trading on the titillating tension between owning a harem and fear of emasculation. So yeah, turns out the guy who runs that network is kind of a creep. Who would have guessed?”

Ultimately, explained Bee, Ailes gave Fox fans what they want: “to be furiously angry while also having a boner.”

She expanded on that point, saying, “The anger part of Roger’s arousal was achieved through Roger’s uncanny ability to take a thing that may or may not exist, put an ominous spin on it, and then force-feed it to us all day like a foie gras goose until we were terrified. Fox News was his masterpiece, a right-wing nightmare factory powered by white resentment and relentless misinformation, churning out propaganda 24/7 and making family Thanksgivings unbearable for 20 years.”

Just after Bee told viewers they won’t have to deal with Ailes running Fox anymore, she cut to a clip of Republican presidential nominee Donald Trump calling Ailes a longtime friend — Bee’s way of alluding to speculation that Ailes might become an advisor to Trump.

Watch the video below for Bee’s full commentary on Ailes. 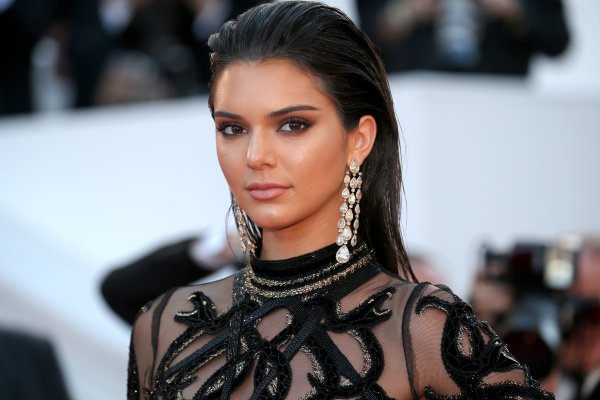 Kendall Jenner Is Ditching Her Bras and Freeing the Nipple
Next Up: Editor's Pick