Australian Prime Minister Malcolm Turnbull speaks at the government offices in Sydney on July 10, 2016. Turnbull has called for an investigation into allegations that teenagers were abused at juvenile detention centers in the country's north
Rick Rycroft—AP
By Simon Lewis

Australian Prime Minister Malcolm Turnbull has ordered an investigation into the treatment of children in detention after the Australian Broadcasting Corporation (ABC) aired footage it obtained showing abuses by guards.

Interviewed on ABC radio Tuesday, Turnbull said he was “deeply shocked — shocked and appalled by the images of mistreatment of children,” Reuters reports.

He is setting up a royal commission to investigate how the incidents caught on security cameras came to happen, Turnbull said, adding “We’re going to move swiftly and decisively to get to the bottom of this.”

ABC’s Four Corners program on Monday, entitled “Australia’s Shame,” broadcast CCTV footage from Don Dale Youth Detention Centre in Darwin, in the country’s Northern Territory, shot between 2010 and 2014. In one incident, six aboriginal boys are tear gassed at close range for a prolonged period of time, before being stripped, cuffed and laid face down as guards hosed them down.

In another clip, taken in March 2016 at a different center in Alice Springs, a 17-year-old youth is seen hooded and strapped — including by the neck — to a mechanical chair, a position he was reportedly kept in for two hours.

Adam Giles, the chief minister of the Northern Territory, responded by firing Corrections Minister John Elferink, alleging that there had been a “culture of cover-up” in the territory’s juvenile detention system. 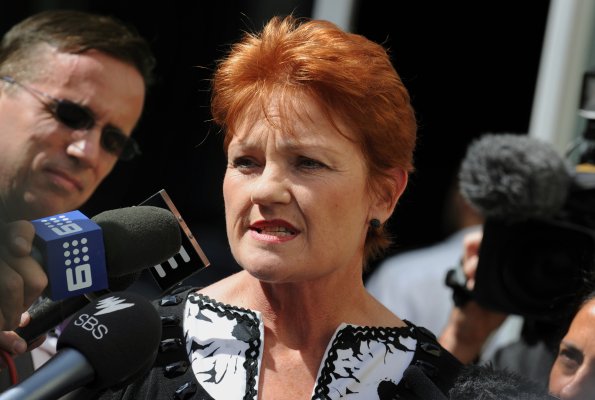 Australian Senator Warns of 'Terrorism' in Suburbs
Next Up: Editor's Pick