A History of Mass Killings in Japan

Police are seen on the site where Satoshi Uematsu carried out a knife attack in a residential care center on July 26, 2016, in Sagimahara city, Kanagawa Prefecture, Tokyo, Japan.
David Mareuil—Anadolu Agency/Getty Images
By Simon Lewis

In the early hours of Tuesday, a man entered a care center for mentally disabled people in Japan’s Kanagawa prefecture, about 30 miles west of Tokyo, and embarked on a stabbing rampage. According to initial reports, the 26-year-old man, named as Satoshi Uematsu, was a former employee at the facility, and may have been upset about being fired. He later turned himself in at the nearby Tsukui police station, having killed 19 people and wounding 25 more.

The details of what took place inside the Tsukui Yamayuri En — or Lily Garden — will doubtless emerge in the coming days.

In general, mass killings are relatively rare in Japan, where rates for most crimes are among the lowest in the industrialized world. The country also has strict gun laws, making gun crimes of any kind extremely infrequent, especially in comparison with the U.S.

However, Japan’s recent history is not without some grisly crimes.

Sarin on the Tokyo subway

Members of the Aum Shinrikyo death cult killed 12 people and injured more than 5,000 on the Tokyo subway in 1995 when they released sarin gas during rush hour. The 10 men responsible were followers of Shoko Asahara, who had declared himself a prophet and predicted an apocalyptic global conflict, the beginning of which the attackers hoped to hasten. The same group killed eight people and harmed more than 200 the previous year, also using sarin gas, which was released into the air near the homes of judges who were working on a court case involving the cult.

Until Tuesday, the subway attack, considered an act of domestic terrorism, was the country’s most deadly mass killing since the second world war.

Former janitor Mamoru Takuma, 37, entered an elementary school in Ikeda, Osaka prefecture on June 8, 2001 and began stabbing teachers and children as young as seven. Eight children were killed and thirteen other kids, as well as two teachers, were seriously injured in the attack. The murderer, who had a history of mental illness and had previously been convicted of rape, was executed by hanging in September 2004.

In June 2008, Tomohiro Kato, 25, drove a truck into a crowd at Akihabara, shopping quarter specializing in the paraphernalia of Japan’s otaku geek culture, killing three people and injuring two. He left the vehicle and attacked bystanders with a knife, killing four and wounding another eight people. Kato — who was characterized as an angry loner, and posted messages about his intentions online before embarking on the attack — was sentenced to death.

Yuta Saito, an unemployed 27-year-old, went on a rampage outside Toride Station in Ibaraki prefecture in December 2010, stabbing and beating students on two public buses. Fourteen people, 11 of whom were students at nearby schools were injured in the attack. 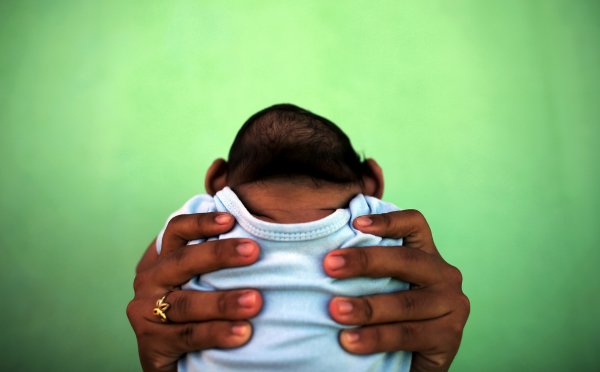 Baby Born in Spain With Zika-Related Microcephaly is the First Known Case in Europe
Next Up: Editor's Pick