A Las Vegas judge ordered a robbery suspect to cover up his tattoos, which include a swastika and the words “Baby Nazi,” so he could have a fair trial.

Bayzle Morgan, 24, who is accused of stealing a man’s motorcycle at gunpoint, has tattoos including a teardrop below his right eye, a swastika within a clover under his left eye, the words “Most Wanted” on his forehead, the words “Baby Nazi” on his neck, the Iron Cross on the back of his head and text that says “skin” and “head” over his eyebrows.

District Judge Richard Scotti asked a cosmetologist to conceal his tattoos on each day of the trail, which started Monday. On Friday, a cosmetologist spent about two hours applying makeup to cover Morgan’s tattoos for a test makeover, the Las Vegas Review-Journal reports.

A month ago, a different group of jurors were called on to decide the case, but when they saw his tattoos, they said they could not be fair and impartial. The judge delayed the trial while lawyers on both sides considered what to do about the tattoos, and prosecutors asked for the tattoos to be concealed.

Morgan is also facing the death penalty in the killing a 75-year-old. His murder trial is scheduled to begin next month. 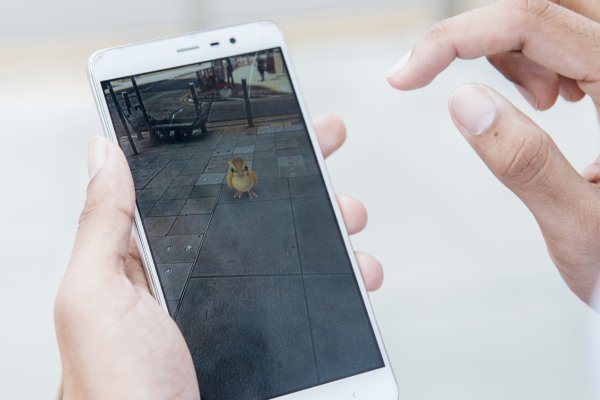 Gunman Shot After Trying to Rob Pokémon Go Players
Next Up: Editor's Pick