Exercise May Work as Well as Surgery for Knee Injuries

Middle-aged adults who are diagnosed with a degenerative meniscal tear—a common injury caused by wear and tear of the knee joint—should first try physical therapy, recommends recent research published in The BMJ. Supervised exercise is just as effective as surgery, study authors say, with less risk to the patient and a lower price tag to society as a whole.

An estimated two million people have arthroscopic knee surgery (also known as minimally-invasive or “keyhole” surgery) each year, at a cost of several billion dollars. But increasingly, studies have shown that these procedures have little benefit to most patients.

So researchers in Denmark and Norway organized a clinical trial to compare treatment with surgery versus treatment with physical therapy. Out of 140 adults with degenerative meniscal tears, half received arthroscopic surgery and were given exercises to perform at home; the other half were prescribed 12 weeks of supervised exercise sessions, two to three times a week.

Three months later, the second group actually scored higher on tests of thigh muscle strength than the surgery group. After two years, improvement in both groups was equal: The participants reported similar progression in terms of pain, ability to play sports and participate in recreation, and knee-related quality of life. And although 13 patients in the physical therapy group had eventually decided to undergo surgery, the procedure didn’t end up providing them any additional benefits.

Health.com: How to Avoid Knee Pain

Dr. Kise says that some doctors have begun to recommend exercise over surgery for common knee ailments, thanks to previous studies with similar findings. “But we have work to do here,” she adds. “This will not change overnight.”

She also points out that her study was done on adults with degenerative meniscal tears—not traumatic meniscal tears, which often occur in younger people and are caused by sports injuries or accidents. Traumatic tears can restrict the knee’s range of motion, and surgical repair should always be considered in these cases.

For degenerative tears, repair of the meniscus is not possible. The only surgical option is resection—cutting away sections of tissue—which can lead to further wearing down of the knee’s cartilage and, eventually, to osteoarthritis.

If a patient is diagnosed with this type of tear and a doctor recommends surgery, Dr. Kise suggests getting a second opinion. “I would say that is the wrong treatment and bad practice,” she says. She recommends seeing a physical therapist at least once a week to get proper instruction, and doing the prescribed exercises two to three times a week total for three months. If you still have pain, she says, then you might consider an operation.

RELATED: 5 Joint-Friendly Foods, and Foods That May Hurt Them

While surgery may seem like a quick-fix, Dr. Kise adds, it’s not the best solution in the long run. “People think exercise therapy is time-consuming, expensive, it’s difficult to take time off from work, and so on,” she says. “I try to explain to them how important it is to save the meniscus, to reduce risk for osteoarthritis over longer time, and that they can save the meniscus if they spend some time and money [on physical therapy] here and now.” 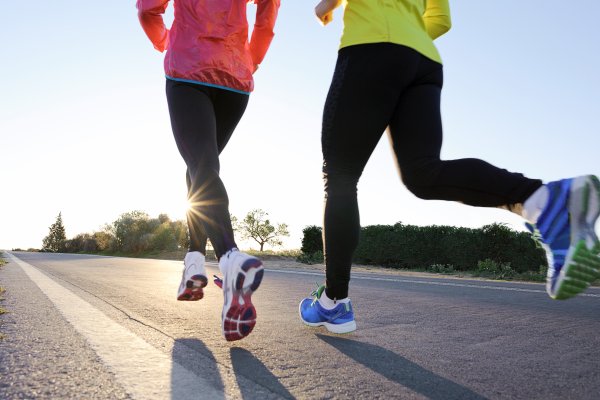 4 Ways to Ward Off Shin Splints
Next Up: Editor's Pick