The actress Sharon Tate, circa 1965. In 1969, Tate was murdered by followers of Charles Manson. Those followers now seek parole.
Silver Screen Collection—Getty Images
Ideas
By Debra Tate
Debra Tate is the sister of the late Sharon Tate, author of Sharon Tate: Recollection and founder of noparoleformansonfamily.com.

On Friday, California Governor Jerry Brown blocked Charles Manson disciple Leslie Van Houten from parole. After losing 21 previous bids for freedom, two parole commissioners this time found Van Houten suitable for re-entry into society simply because of her age; she’s 66. Members of the public who have read the parole transcripts told me that it’s clear the pair had their minds made up before the hearing began. This parole block comes after I, as the sister of Sharon Tate; the family of Leno and Rosemary LaBianca, who Van Houten brutally murdered in their own home; and impassioned victims advocates delivered almost 140,000 signatures begging Governor Brown to look over the details of her incarceration closely. Governor Brown has heard the people and thankfully denied release of a truly vicious criminal—for less than a year. She is eligible again in April 2017.

No substantial facts have changed since Van Houten’s previous attempts at freedom. Some have even gotten worse. For instance, Van Houten had a 16-year “romantic” involvement with a pen pal in another prison who is a two-time convicted murderer. She clearly still has an attraction to dangerous criminals. And the same poor judgement she relied on when she stabbed Rosemary over 14 times in the lower back.

The day after the hearing, I spent the afternoon at the graveside of my sister Sharon, who the same demented clan murdered in her home the day before they killed the LaBiancas. Under normal circumstances, Sharon would be 73 and happily living out her golden years. Her son Paul would be 47 and likely have a family of his own. Instead, I prepare Sharon’s grave site for fans and visitors to visit her and her unborn son’s final resting place on the 47th anniversary of her murder this August 9th. My family was forever impacted. As was the LaBianca family. And the Sebrings. And the Folgers. And the Parents. And the Frykowskis. For each, there is a monumental pyramid of pain. The impact is multigenerational. Brothers, sisters, nieces, nephews, grandchildren, cousins and friends, colleagues and acquaintances of all kinds feel the terrible loss when anyone is taken before their time. In this case, we—the immediate family of the eight Tate-LaBianca murder victims, as well as the family of Gary Hinman and Spahn Ranch hand Shorty Shea—are subjected to this pain with increasing frequency.

This year alone, I will have travelled to four and possibly five Manson Family member parole hearings, and visited the state capital at least once, to attempt to ensure that justice is served. We are all of the same mind, that none of these predatory killers should be released at any point. If there is such a thing as justice, and our legal system is performing as it should, individuals such as these will serve out their sentences behind bars. After all, they were originally sentenced to death in the early ‘70s. The least they can do is spend their entire lives incarcerated so the rest of us might feel safe. Instead, countless tax dollars are spent on these constant attempts at freedom. Each parole hearing costs upwards of $250,000.

And we will continue the fight against an overly liberal criminal justice system. We will collect signatures against parole for Bobby Beausoleil and Charles “Tex” Watson, who both have parole dates currently set for October of this year. Soon thereafter, we’ll encounter Patricia Krenwinkle in a hearing; she advanced her parole for no later than the end of December 2016 when she heard Van Houten was recommended for a release date. Depending on what happens with these cases, we may be once again petitioning the governor to overturn parole recommendations to help keep the public safe. And the cycle continues. I hope that someday the system will value the lives of the victims more than the lives of the criminals. 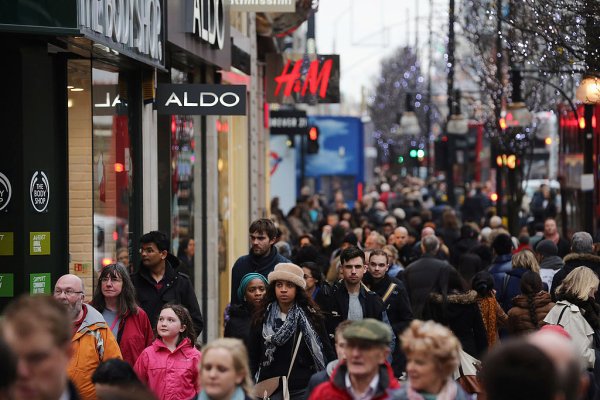 Why American Consumption Is Out of Step With Our Anxiety
Next Up: Editor's Pick