How Fertility Affects Your Body Temperature

When you’re trying to have a baby (or starting to think about it), you may come across the term basal body temperature (BBT)—that is, your lowest temperature of the day, reached when your body is completely at rest. Depending on whom you ask, your BBT can be the star of everything from pregnancy planning to natural birth control. But when medical experts are doing the answering, your BBT’s role in understanding your fertility is a bit less dramatic.

“I counsel women who are attempting pregnancy to consider doing basal body temperature charting,” says Patricia Pollio, MD, director of obstetrics/gynecology at Good Samaritan Hospital in Suffern, New York. “But I caution them that it’s really not so helpful [in terms of knowing] when they are fertile because the temperature rise occurs right after ovulation, and their peak fertility is going to be the day of ovulation or right before that—so once the temperature goes up, you’ve kind of missed the boat.”

As part of a fertility awareness-based method of birth control, on the other hand, BBT charting has a success rate of just 76%, according to Planned Parenthood. “People who practice NFP, or natural family planning, may use basal body temperature charting, but they also give themselves a big cushion of days around that temperature rise to make sure that they’re OK,” Dr. Pollio says.

What BBT charting does best is give you an idea of if and when you’re ovulating. Here’s how that works.

Why does basal body temperature change?

After ovulation, “your temperature is going to change as a result of progesterone, the hormone that’s going to help [the egg] with implantation,” explains Rachel A. McConnell, MD, assistant professor of reproductive endocrinology and infertility at Columbia University in New York City. “After a woman ovulates she will start secreting progesterone, and that causes her temperature to rise.” But other hormonal changes and environmental influences can impact your BBT as well: “We also know that basal body temperature can increase because of emotional disturbances, any kind of stress factor, and going through menopausal changes,” Dr. McConnell says.

Health.com: 9 Things Every Woman Must Know About Her Fertility

Check in with your doctor

Taking all of those variables into account can be tricky, which is why it’s important to talk to your ob-gyn. He or she can help you figure out where BBT fits into your fertility plan.

“Sometimes, depending on factors like the patient’s age or how long she’s been trying [to get pregnant], I may suggest that [a patient] do temperature charting for three months or six months, or three cycles or six cycles, just so that we can then sit down and go over them…as a way of confirming that she is indeed ovulating,” explains Dr. Pollio. “If she’s having trouble getting pregnant, that’s one of the first things we want to know—does she ovulate or doesn’t she …. Regular periods are not a guarantee that a woman is ovulating.”

Once everyone is on the same page, BBT—along with monitoring cervical mucus and the occasional use of predictor kits (which detect changes in saliva or urine that occur in the days before ovulation)—can be a valuable tool for tracking your peak fertility.

With a mercury thermometer, it may take three to five minutes to get a reading, while digital thermometers give you your temp in 30 to 60 seconds. “I still prefer the mercury,” Dr. McConnell says. “I know it’s a little more time consuming…but I just think that it’s more accurate.”

Dr. Pollio doesn’t have a preference, but notes the importance of consistency: “I don’t stress one type over the other with my patients, but I think that you want to use the same thermometer throughout the cycle. It’s really not so much what the actual temperature is, but more about the change in temperature, so that if your thermometer is off by half a degree, as long as it’s consistently off by half a degree, you’ll see that rise.”

If you do use a mercury thermometer, shake it down at bedtime and leave it on your night table. You should take your temperature as soon as you wake up the next day, and before you do anything else. “That includes eating, brushing your teeth, getting out of bed, anything,” says Dr. Pollio. (Even shaking the thermometer in the morning could cause your temperature to rise.) “You want to keep the thermometer and chart next to your bed, so that when the alarm goes off, your eyes open, the thermometer goes in your mouth.”

BBT charting is most useful for women who have fairly regular schedules. An inconsistent sleep cycle (because of shift work, for example, or jet lag, even drinking a significant amount of alcohol) can affect BBT and make that slight post-ovulation rise—of about half a degree Fahrenheit—difficult to detect.

“It’s really helpful to plot it out, to graph it out on graph paper [or a smartphone app], over the course of a month, because then you really do see the jump in temperature,” says Dr. Pollio. “It’s like, ‘Oh, yeah, it went up there and stayed up the rest of the month, so that’s where I ovulated.’” Once you have that sense of your ovulation pattern, you and your doctor will be able to chart your course for the months to come. 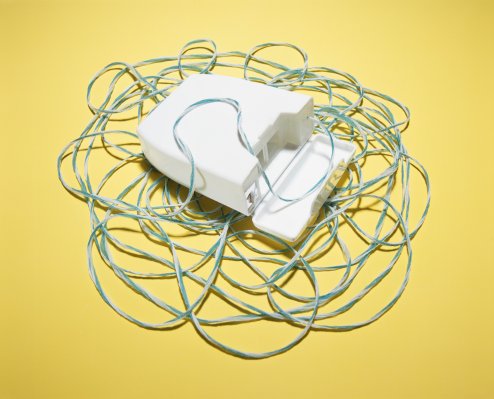 Here's How You Wasted 730 Minutes Last Year
Next Up: Editor's Pick