One of the teenagers killed in a shooting at a Florida nightclub Monday was a talented basketball player who was known by loved ones as the Stephen Curry of his town for his skills on the court, his family said.

Stef’an Strawder, 18, a star on his high school team who had dreamed of playing college basketball, was killed when gunfire erupted at the Club Blu bar and restaurant in Fort Myers, Fla., leaving two people dead and at least 15 others injured.

“I’m hurt. He was such a good kid,” his cousin, Napoleon Rayner, told TIME before breaking down in tears. “I was hoping he’d be able to pull through. I got the call that he didn’t make it, and it just broke my heart.”

Rayner, 31, who serves in the Navy, said he had flashbacks of the moment his aunt let him name his little cousin on the day he was born. He went with Stef’an — after the fictional Family Matters character, who is the smooth alter ego of the notoriously geeky and clumsy Steve Urkel. “I don’t even know if we really told him the story about his name,” Rayner said, laughing. “That was all me.”

Rayner, who lives in San Diego, said he was proud of his cousin and would constantly check on Strawder’s statistics when he wasn’t in town to make his games.

“I called him the Fort Myers Steph Curry because if you search his highlights, you’ll see him just pulling up, shooting threes at just about anywhere on the court,” he said. “Even the younger kids, they all loved that about him. They loved the way he played. The kids would always be like, ‘I want to be able to shoot just like Stef’an.’”

Strawder, who was about to begin his senior year of high school, lived and breathed basketball since he was a child, Rayner said. “From the time he got up, he would eat food and he would go to the park and play basketball,” his cousin said. “He just kept excelling and kept excelling. He was just so talented. I knew the sky was the limit for him.”

Strawder had helped drive Lehigh Senior High School’s boy’s basketball team’s offense during a 19-8 season, The News-Press reports. He averaged 15.6 points, 5.5 assists and 2.8 steals per game, according to the newspaper. The News-Press also said Strawder played for the Florida Future Elite 17U team, which competed at the AAU National Championship Showcase Orlando over the weekend.

Another teenager, 14-year-old Sean Archilles, was also killed in the shooting in the parking lot of the nightclub, authorities said. Police were still investigating what prompted the violence. 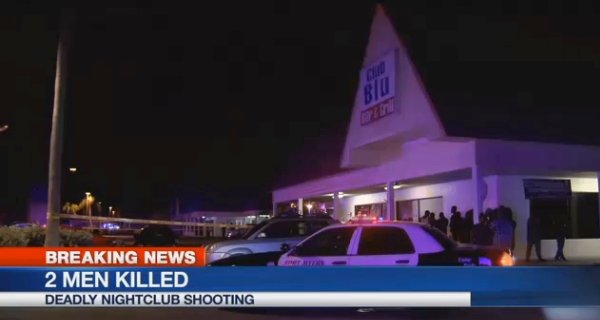 2 Dead, 15 Injured in Florida Nightclub Shooting
Next Up: Editor's Pick